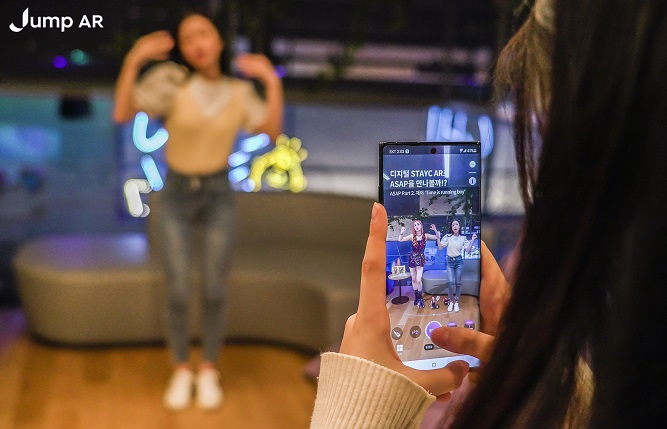 An SK Telecom Co. Jump AR app user takes a photo with a digital version of a member of K-pop band STAYC in this photo provided by the company on May 19, 2021.

The company will acquire 80,000 new shares for 12 billion won (US$10.2 million) through a third party allotment in capital increase with consideration.

Metaverse Entertainment plans to unveil a K-pop virtual idol group by the end of next year.

According to the company, Netmarble F&C’s meta human technology and Kakao Entertainment’s management capability will be leveraged to create the idol group.