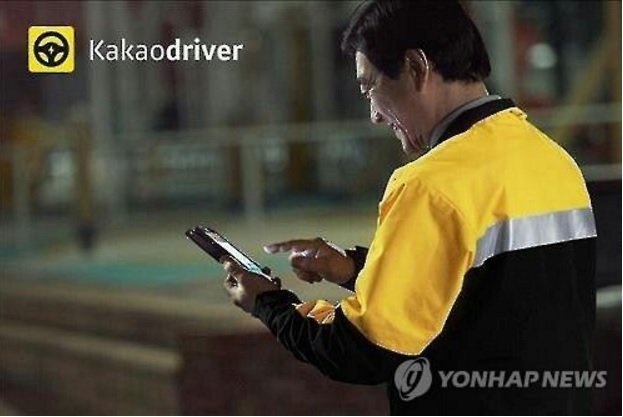 Kakao announced on Monday, June 27, that it would file for an injunction to stop business interference from other chauffeur service companies. (image: Yonhap)

SEOUL, June 28 (Korea Bizwire) – Kakao Corp, the South Korean internet giant, is planning on taking legal action against other chauffeur services, as drivers for the company’s popular “KakaoDriver” service have been victimized by improper conduct on the part of their rivals.

Kakao announced on Monday, June 27, that it would file for an injunction to stop business interference from other chauffeur service companies since they exclude KakaoDriver’s chauffeurs and do not provide them with work, which could be considered as an unfair practice. The legal action will be taken as early as this week.

KakaoDriver is an O2O (online-to-offline) mobile service platform where a user can call chauffeurs and make a payment. Since its launch at the end of May, many users have been attracted by the app’s convenient system. However, it also triggered controversy among existing chauffeur service companies regarding fees and business dominance.

Of note, some companies even removed drivers affiliated with the KakaoDriver service from their lists or forbade those drivers from using existing apps for chauffeur services.

There are over 200 complaints posted on the driver version of the KakaoDriver mobile application, in which many drivers experienced distress, financial damages, and even threats.

“Their misbehavior is hurting KakaoDriver’s members, and we consider this as interfering with our business,” said an official from Kakao Corp. “Our final countermeasure may be a lawsuit,” he added.

Kakao Corp. is also deliberating notifying the Fair Trade Commission (FTC) based on the complaints reported by KakaoDriver’s chauffeurs.