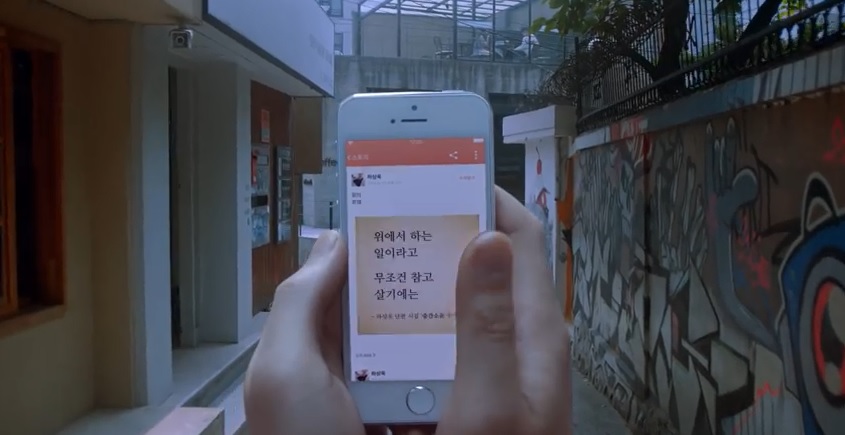 According to the survey conducted by Hankook Research on 9,381 people aged between 13 and 69, 51.8 percent picked KakaoStory as their most-used SNS last year. (image: KakaoStory Youtube commercial steel cut)

According to the survey conducted by Hankook Research on 9,381 people aged between 13 and 69, 51.8 percent picked KakaoStory as their most-used SNS last year. Daum Kakao is the operator of KakaoTalk, a free mobile messenger that has 35 million local users in the country of 50 million.

Twitter accounted for 8.1 percent, while other types of services came with a combined 10.9 percent.

By age group, those in their 30s and 40s preferred KakaoStory and BAND services that can be shared with only authorized acquaintances, while younger users in their 10s and 20s chose global SNS brands, such as Facebook and Twitter.

More than half of South Korean users of Facebook, BAND and Twitter were men, with KakaoStory being the only SNS where females dominated.

According to the survey, 70.5 percent of the respondents said they had used an SNS service over the past month, rising sharply from 39.8 percent posted in 2011.