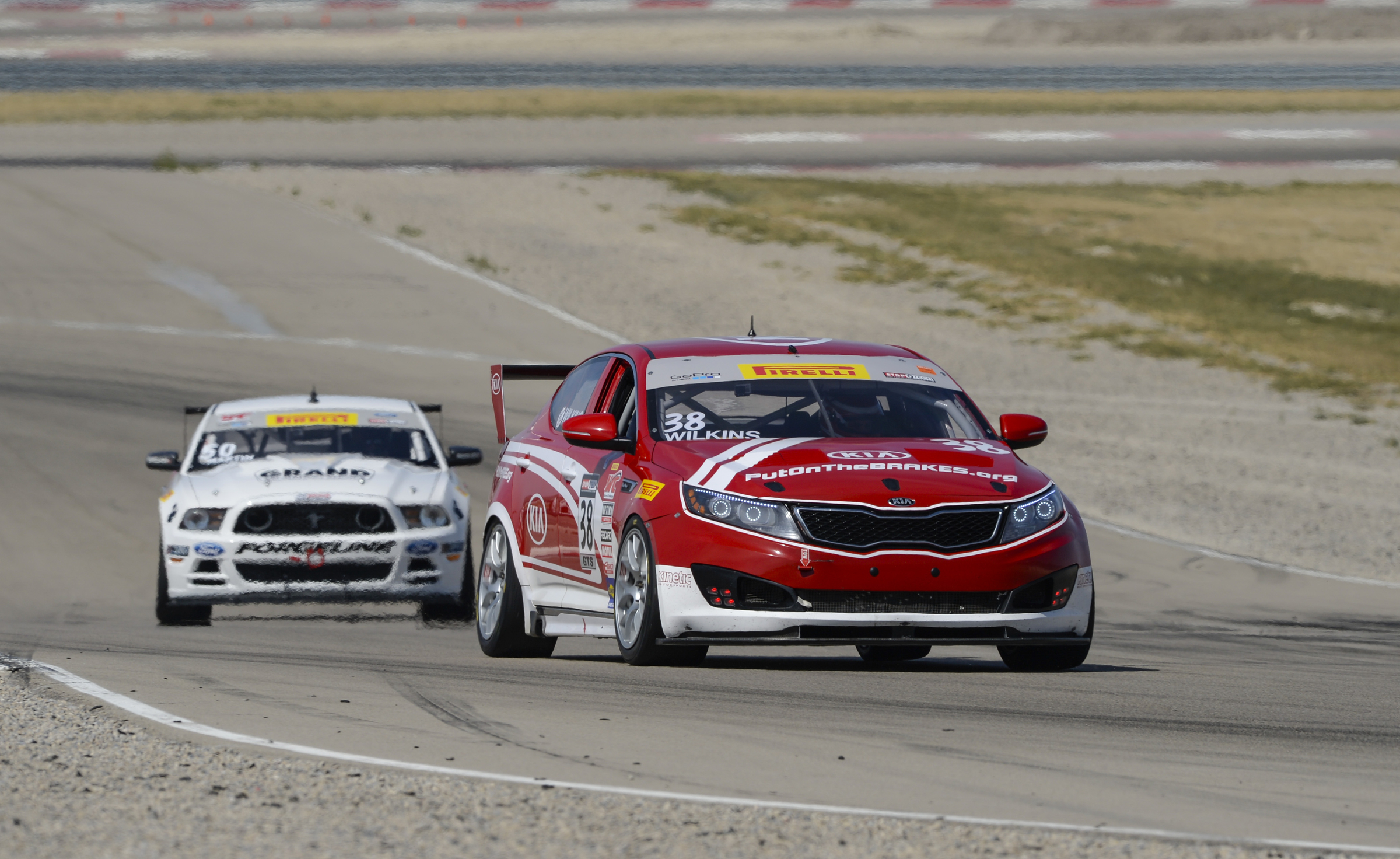 “We congratulate the Kia Racing team and our partner Kinetic Motorsports on a fantastic season in which their hard work and dedication, along with the power, performance and reliability of our turbocharged Optimas, proved a winning combination amongst some truly world-class competition,” said Michael Sprague, executive vice president of sales and marketing, Kia Motors America.  “Everyone affiliated with the Kia brand, including our customers, our dealers, our team members at Kia Motors America and at KMMG, the U.S. plant where the Optima is built, should feel proud of this achievement.”

In addition to their fast qualifying performances and victorious race results, Kia Racing drivers Mark Wilkins and Nic Jönsson combined to lead more on-track miles than any other manufacturer in the series this year. Wilkins, pilot of the No. 38 B.R.A.K.E.S. Optima turbo, finished the season third in the Driver Championship, scoring two wins and six podiums.  Jönsson, in the No. 36 DonorsChoose.org Optima turbo, finished the season seventh in the Driver Championship with seven podiums, including three wins.

Adding to the championship-winning weekend was rookie Jason Wolfe, pilot of the No. 36 Richard Wolfe Trucking Kia Forte Koup, who scored four wins and 10 podium finishes in 2014.  Wolfe’s double-podium result at the Miller doubleheader – including victory in the final round – secured him the PWC Driver Championship in the Touring Car A (TC-A) class as well as Rookie of the Year honors.  Fielded by Kinetic Motorsports, the privateer effort also earned Kia a second PWC Manufacturer Championship. Kia and rival Honda Performance Development finished the year tied in points, but Kia took the title on the strength of its six wins to Honda’s five.  Along the way, Kinetic Motorsports was recognized for their excellence, professionalism and sportsmanship when their fellow TC-A competitors voted them “Crew of the Year.”

PWC GTS rounds 15 and 16 at Miller Motorsports Park will be televised on the NBC Sports Network Sunday, September 28, at 2:30 p.m. ET. Highlights are available online at www.world-challengetv.com, and race fans can keep up-to-date with the team via the Kia Racing Facebook page at www.facebook.com/kiaracing and by following along on Twitter: @KiaRacing.

About Kia Motors America
Kia Motors America (KMA) is the marketing and distribution arm of Kia Motors Corporation based in Seoul, South Korea.  KMA proudly serves as the “Official Automotive Partner” of the NBA and LPGA and surpassed the 500,000 annual sales mark for the second consecutive year in 2013 following the launch of seven all-new or significantly redesigned vehicles.   KMA offers a complete line of vehicles, including the rear-drive K900** flagship sedan, Cadenza premium sedan, Sorento CUV, Soul urban passenger vehicle, Sportage compact CUV, Optima midsize sedan, Optima Hybrid, the Forte compact sedan, Forte5 and Forte Koup, Rio and Rio 5-door subcompacts and the Sedona midsize multi-purpose vehicle, through a network of more than 765 dealers across the United States.  Kia’s U.S. manufacturing plant in West Point, Georgia, builds the Optima* and Sorento* and is responsible for the creation of more than 14,000 plant and supplier jobs.