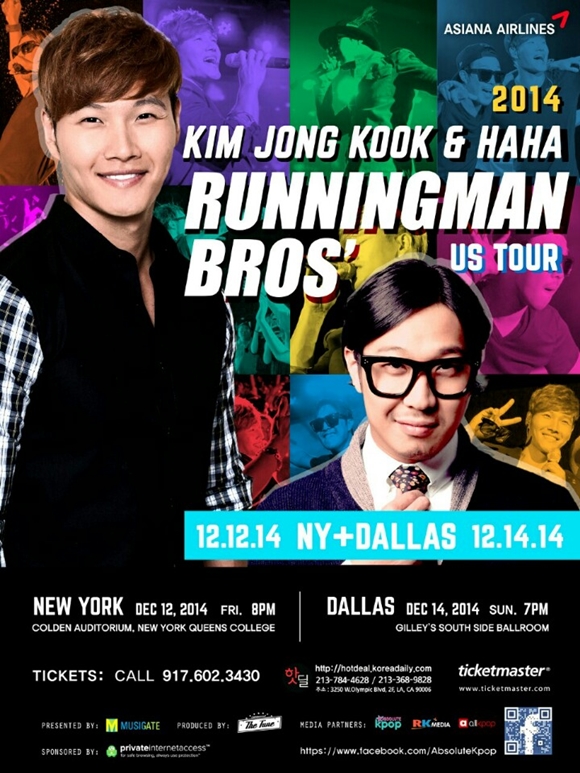 Earlier in July, he successfully held a concert in Los Angeles in which so many American fans gathered to show affection to the entertainer. The upcoming tour concert scheduled at the end of the year is designed to show his appreciation to overseas fans.

Ahead of the concert, he held an interview with NY1, a New York news channel, in which he discussed about K-pop, the Running Man show in which he appears regularly, and his future plans without an interpreter while talking with evening news anchorman Lewis Dodley.