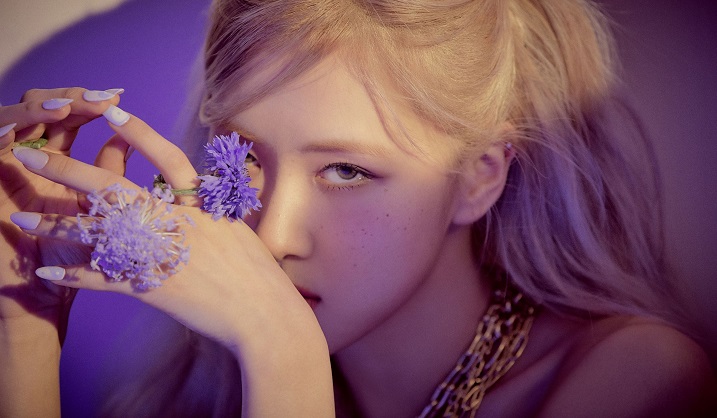 SEOUL, March 12 (Korea Bizwire) — Rose, the main vocalist of K-pop sensation BLACKPINK, said the two tracks for her first solo album “R” came like fate, explaining how she instantly fell in love with them.

The singer, the second member of the four-piece act to go solo, released the two-track album featuring songs “On the Ground” and “Gone” at 2 p.m. here.

“Some songs come like fate,” Rose said in a livestream press conference ahead of the album release.

“I recorded ‘Gone’ two years ago and remember telling (producer) Teddy how much I like the song. After I got the file, I listened to it a lot, hoping to share it with my fans at the nearest date.”

She said the instant chemistry also came with the title track “On the Ground,” which she started recording a few months ago.

“The two songs were naturally chosen (for the album). I didn’t think too much about it. It happened like fate.”

The New Zealand-born star, who said she feels music is the art of storytelling, said she intentionally penned the songs in English to best convey their messages.

Alongside Teddy, the producer who has worked on many BLACKPINK songs, Rose took part in writing the lyrics for both songs.

“For each song, there’s a language that goes with it. I thought hard about what language would help make the song more complete and thought English would fit the song,” she said.

“Although I was a bit concerned if fans would like it, I concluded it would be better to have a more satisfying and complete song.”

Among the English lyrics, Rose picked this line from “On the Ground” as her favorite: “I worked my whole life, just to get high, just to realize, everything I need is on the ground.”

“I could easily match the song to my life. I’ve been on a run since starting off as a trainee but as I live, I sometimes came to question the motive (of my life). I felt this line somehow speaks for me and felt there was also a lot to learn from it.”

“R,” titled after the initial of her stage name “Rose,” marks a new step for the singer, who is now in her sixth year since debut.

After making a splash with the 2016 debut single “Square One,” BLACKPINK has emerged as a major force that has amassed 58.2 million subscribers on YouTube, the biggest subscriber base after American pop star Justin Bieber.

In October, the group released its first studio album — aptly titled “The Album” — which debuted at No. 2 on the Billboard’s main albums chart, setting a record for the highest-charting album by an all-female group.

Expectations for Rose’s first solo release also run high, with global preorders having topped 400,000, a record for a K-pop solo female act, according to her agency YG Entertainment. 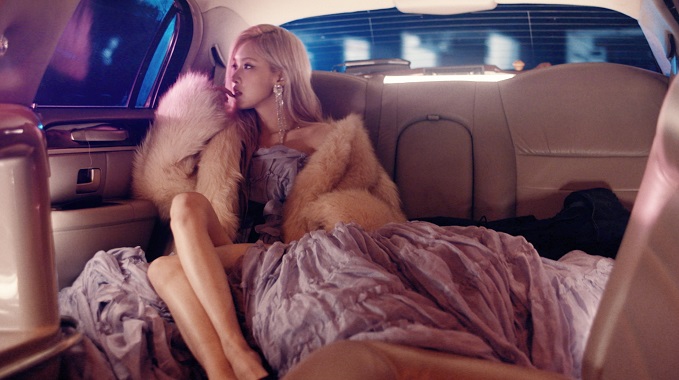 This image, provided by YG Entertainment, shows a screenshot from a teaser video for Rose’s solo song “On the Ground.”

While she has gone through ups and downs in the K-pop scene over the past few years — and a longer period when including the time she worked as a trainee — the singer said she still has a lot to learn.

“I came to look back at myself while preparing for the album. I again felt that I get healed through music and learn from it a lot.”

“I learned a lot and was comforted by the process. I hope that the people who listen to my music also relate to it and get comforted,” she said.

Rose didn’t forget to thank her band members — Jisoo, Jennie and Lisa — whom she said provided unwavering support throughout the whole process.

“I came to realize how much their support means. It was really reassuring,” the singer said, mentioning each member by name and how they’ve helped her in various ways, from buying accessories for her pet dog to telling her how she should “do everything she wants to do during the album promotion.”

“I learned so much by being BLACKPINK. It really made me realize how our growth and the lessons we learned together were so precious.”

For fans in Korea, Rose is set to premier her title track on the SBS music program “Inkigayo” on Sunday. She is also set to appear on an upcoming episode of the American talk show “The Tonight Show Starring Jimmy Fallon.”