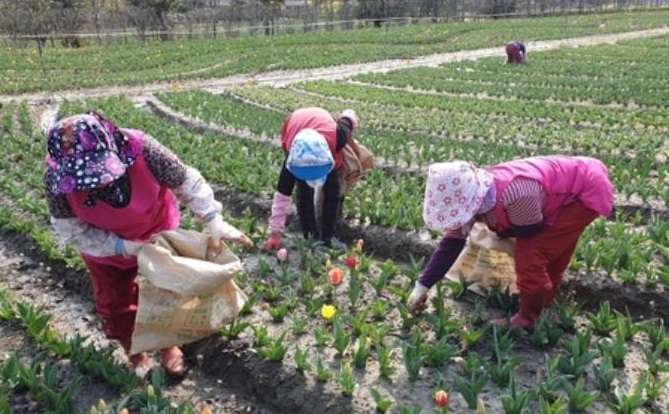 This file photo, provided by the southwestern county of Shinan, shows residents cutting off tulip flowers after a decision to cancel its annual blossom festival was announced in 2020.

SHINAN, Feb. 25 (Korea Bizwire) — Shinan, a southwestern county composed of about 1,000 islands, on Thursday announced a decision to cancel its nationally famous spring tulip festival, in-person as well as online, for the second year in a row due to coronavirus fears.

The South Jeolla Province county, about 390 kilometers south of Seoul, said it will again remove about 1 million tulip flowers from Imja Island, the venue of the annual spring blossom festival, to prevent an influx of tourists, in accordance with its decision to cancel this year’s festival slated for mid-April.

Last year, the Shinan county took the same extreme measure of eliminating as many as 1 million tulip flowers to thoroughly comply with the government’s social distancing rules.

Elsewhere in the country, almost all spring blossom festivals have been called off, but the outright elimination of all festival flowers is unheard of. 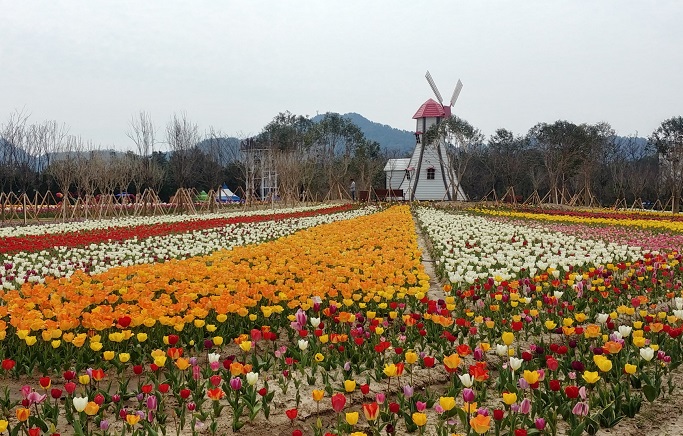 This file photo, provided by the southwestern county of Shinan, shows tulips planted for the 2019 blossom festival.

The county had previously considered holding this year’s festival online but eventually decided to get rid of all flowers amid little signs of COVID-19 transmissions abating.

But as many people are still expected to visit Imja Island due to warm weather and the opening of a new bridge connecting the island to the mainland, local officials plan to beef up antivirus measures in the area.

The tulip festival started in 2008 and has stayed popular, drawing more than 50,000 people from across the country in 2019 alone.

“We feel regret about the cancellation of the festival for two years in a row, but it was an inevitable decision to prevent the spread of COVID-19 in the community and protect people’s safety,” Park Woo-ryang, the county mayor, said.