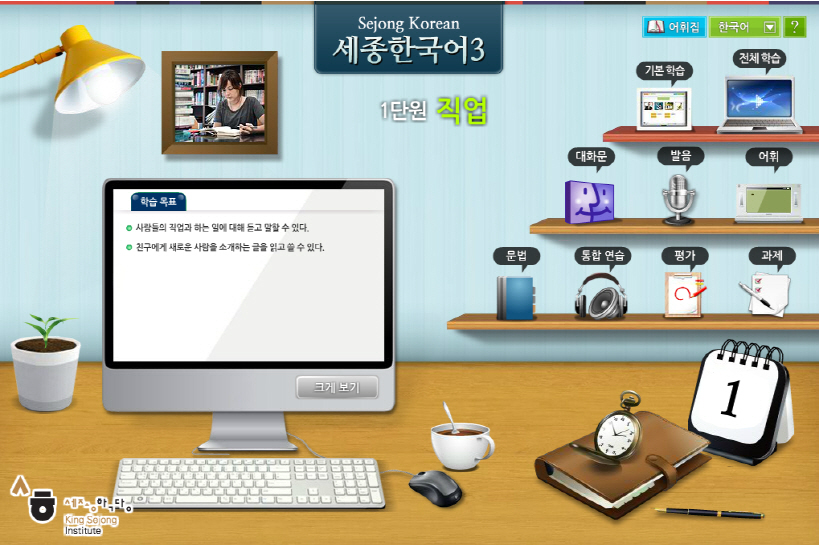 The subscriber volume for Nuri-Sejonghakdang (www.sejonghakdang.org), which stood at 60,000 in 2015, reached the milestone in just about 1 1/2 years, according to the institute.

Launched in 2009, the website currently hosts some 13,000 multimedia educational materials, including video courses, online comics and animations. The user interface is available in Korean, English and Chinese.

“The website was created for Korean language students of all levels, from novices to advanced-level learners,” a representative at the institute said.