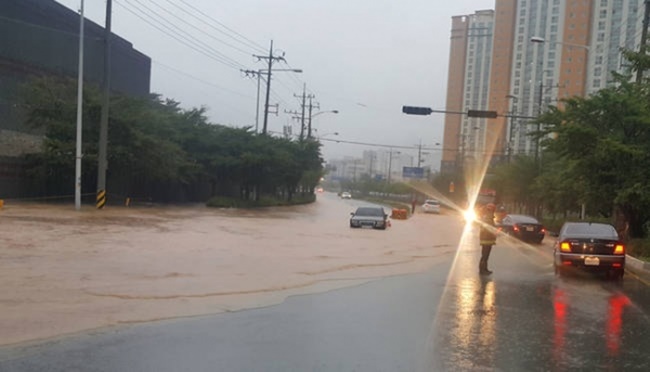 The 2017 extreme weather report can be downloaded and viewed on the government’s official climate information portal. (Image: KMA)

The report released on Wednesday chronicles the extreme weather conditions experienced last year, including heat waves and torrential rains, and describes their effect on agriculture, forestry, and the maritime industry, while also explaining the best ways to deal with inclement weather.

During the monsoon season between June 24 and July 29, the average nationwide rainfall stood at 291.7 millimeters, down from last year’s figure of 356.1 millimeters, with localized torrential downpours driving further regional disparities in precipitation.

The average rainfall in the southern parts of South Korea, including Jeju Island, dropped significantly year-on-year, while torrential downpours dumped a record-breaking 290.2 millimeters and 232.7 millimeters of rainfall in Cheongju and Cheonan, respectively, last year.

During the month of July, Gangwon Province and regions in the central part of South Korea posted nearly 87 billion won worth of damage caused by natural disasters. 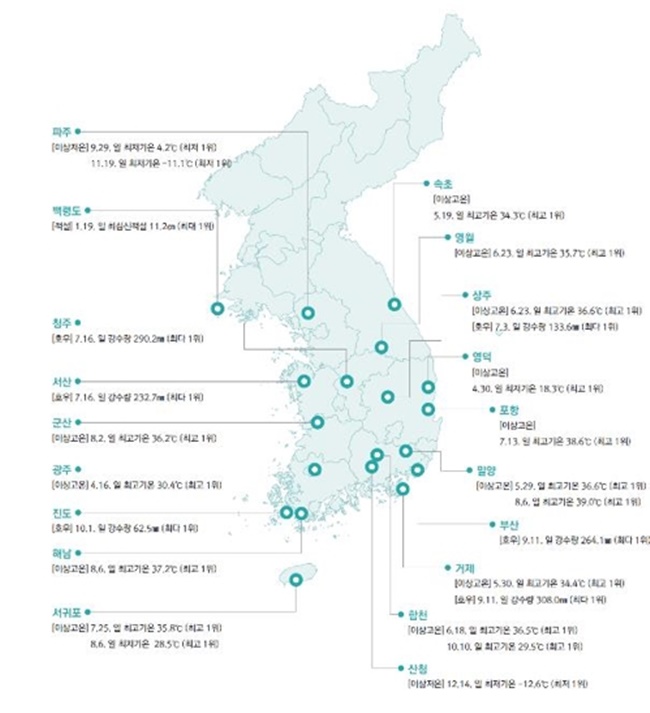 “The 2017 extreme weather report helps fully grasp the causes and effects of meteorological events, laying the groundwork for government branches to establish joint measures,” said Nam Jae-cheol, the chief of the KMA.

The 2017 extreme weather report can be downloaded and viewed on the government’s official climate information portal.