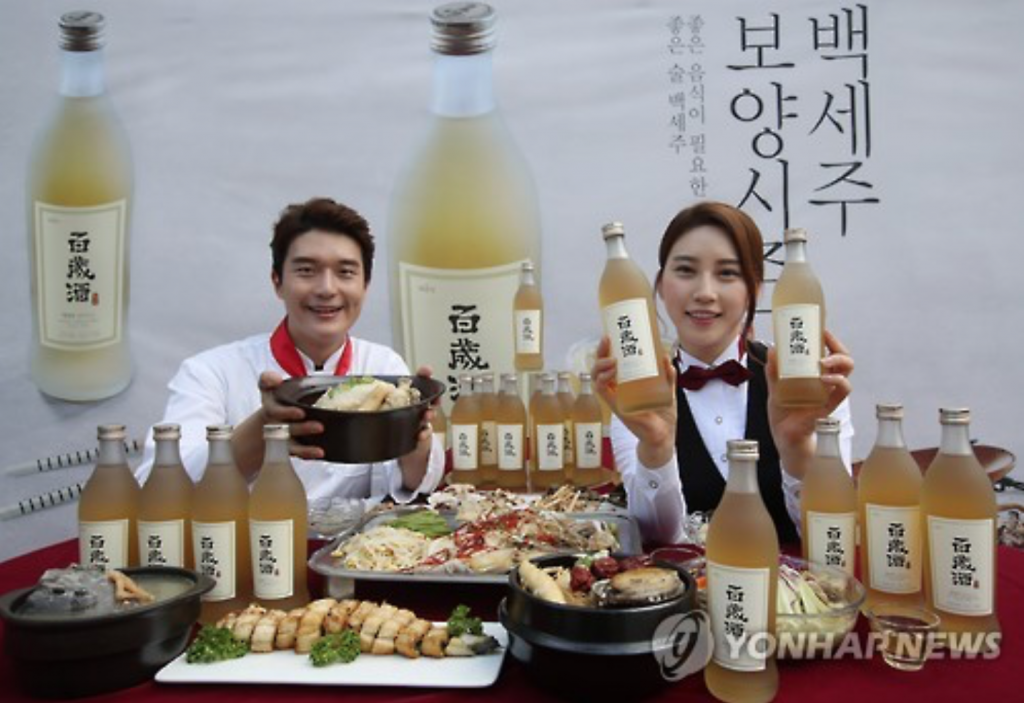 Models present Baekseju, a traditional liquor made by Kooksoondang Brewery, and Korean dishes during a promotional event held in Seoul on July 14, 2016. (image: Yonhap)

The Korean brewer signed a deal with Spinneys Abu Dhabi LLC to export five kinds of liquors, including makgeolli (rice wine), green plum liquor and soju, the most popular alcoholic beverage in Korea.

Kooksoondang said it will send the first shipment of 900 boxes worth US$12,000 later this year.

Spinneys is the leading liquor importer and distributor in Abu Dhabi, providing beverages to more than 25 percent of the hospitality and entertainment industry in the capital city. It has 51 outlets in the UAE, operating nine shops in Abu Dhabi.

The Muslim country permits tourists to drink in licensed restaurants and hotels, but it is punishable to drink in public places. To purchase alcohol at a store, both residents and tourists require a license.