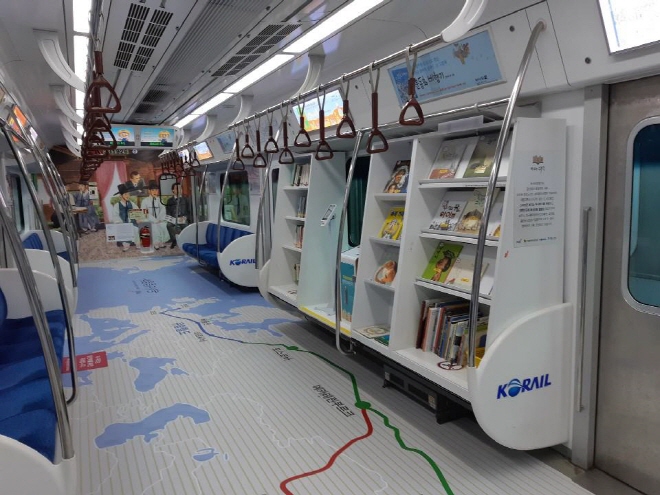 An augmented reality (AR) technology has been applied to designs on the floor to make them look alive and real.

Based on the theme of going on a peace tour on the Korean peninsula with books, pictures of Mount Paektu, Jeju Island, and other famous locations in North and South Korea were added to the train’s interior design. 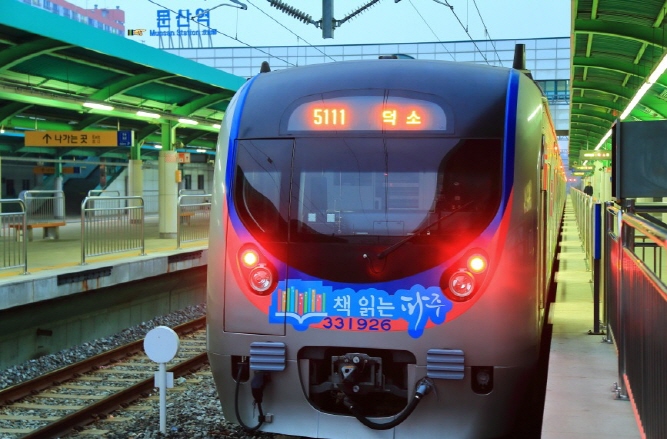 The Reading Train began operation in 2016 to promote a culture of book reading, supported by Korea Railroad Corporation (Korail), the city of Paju, and the Publication Industry Promotion Agency of Korea.

The train offers 500 books, e-books, and book vending machines, and operates on the Munsan-Yongmun line three times on weekdays and four times on the weekend.