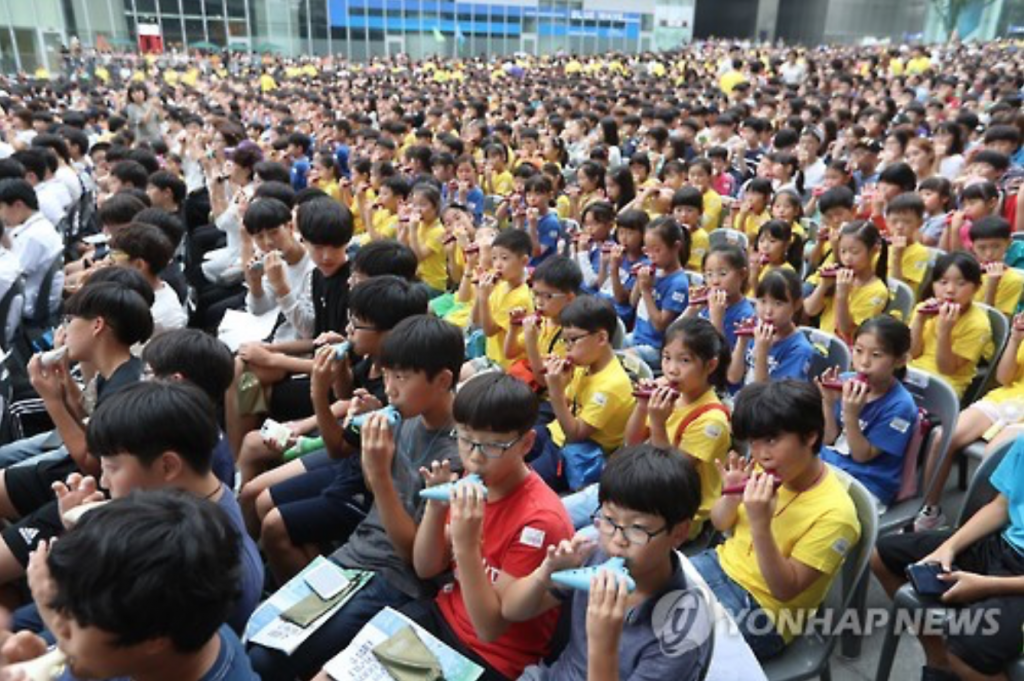 GWANGJU, Sept. 12 (Korea Bizwire) – A total of 8,647 participants gathered in Gwangju Sunday with ocarinas, a wind instrument, for an attempt at the Guinness World Record for the biggest ensemble featuring a single musical instrument.

Organized as a celebration of the first anniversary of Gwangju’s Asia Culture Center, participants ranged from students and musicians to professional ocarina players and regional ocarina societies.

The former record was set on November 5, 2013, by another ocarina ensemble with 3,081 participants at Royal Albert Hall in London.

“It was a priceless experience where some 8,000 citizens became one through music,” said a city official. 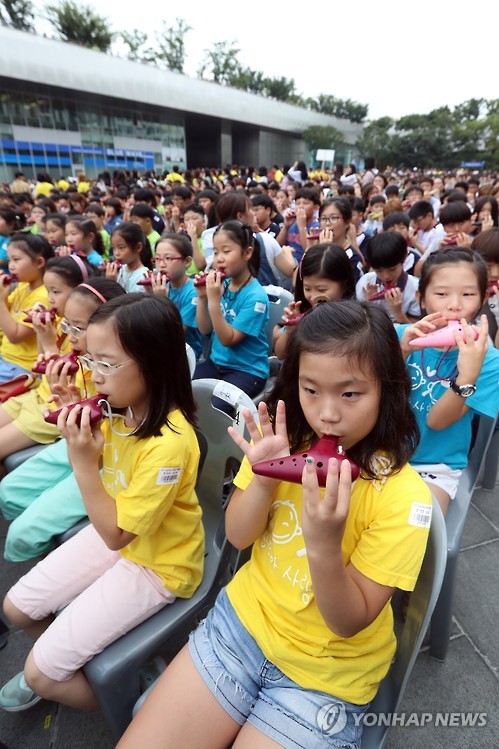 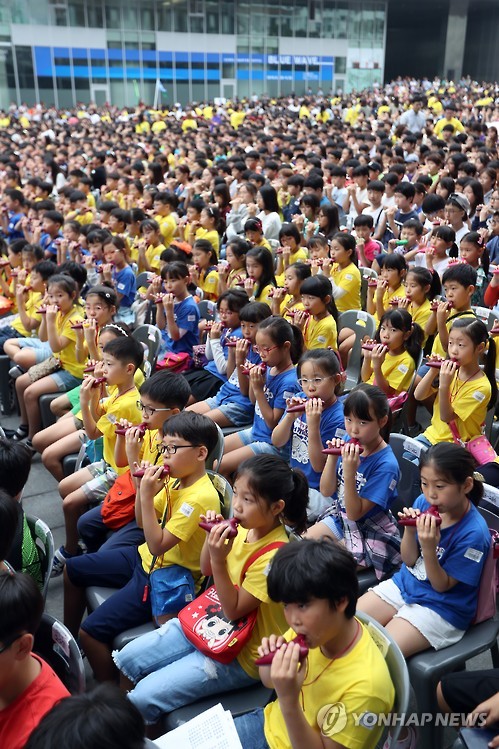