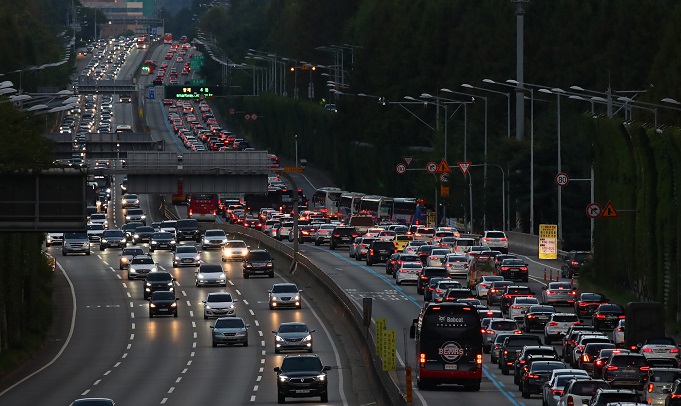 SEOUL, March 1 (Korea Bizwire) — The Korea Expressway Corp., which manages South Korea’s highways across the nation, announced that it had developed a standard mixture formula for concrete that can reduce carbon emissions.

Low-carbon concrete is made by replacing 50 percent of the cement used in existing concrete with furnace slag powder, an industrial byproduct generated by the steel industry.

It can minimize the amount of carbon dioxide emitted by reducing the use of cement without any significant change to its properties.

The low carbon concrete maintained similar strength to that of ordinary concrete, while having superior durability and stronger resistance to snow and salt.

The durability of the low carbon concrete is more than four times higher than that of ordinary concrete since its solid internal structure slows the speed of salt permeation.

“If low carbon concrete is used for all expressways, it could contribute to reducing carbon emissions by about 420,000 tons per year,” the Korea Expressway Corp. said.