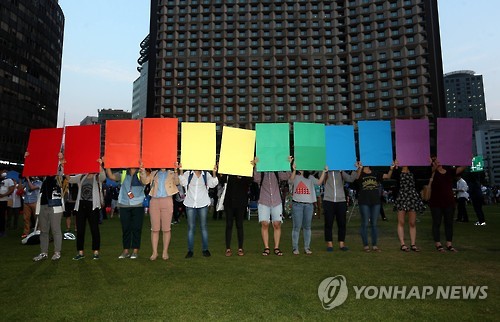 SEOUL, June 10 (Korea Bizwire) – The preparatory committee for the Korea Queer Culture Festival and Rainbow Action, an activist group for sexual minorities, proceeded with their 16th annual festival at Seoul Plaza for the first time in its history amid protests from conservative and Christian groups.

At the opening ceremony, only some 150 organizers and activists joined the festival to prevent the spread of the deadly virus of Middle East Respiratory Syndrome. Instead, the opening show was broadcast live through YouTube. About 1,400 viewers watched the event live online. Meanwhile, conservative and Christian groups held press conferences and rallies against the festival. 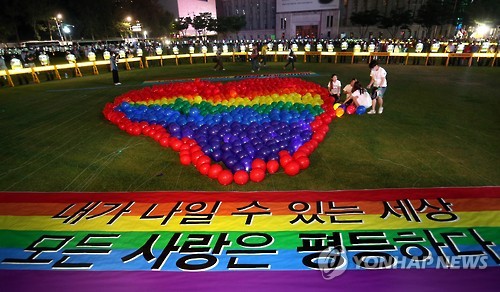 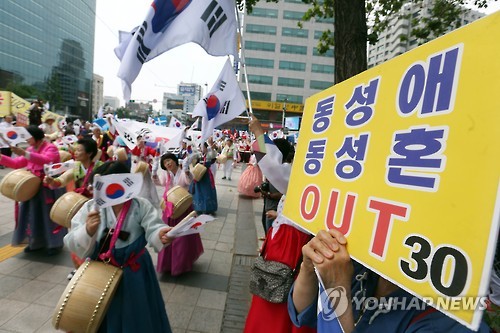