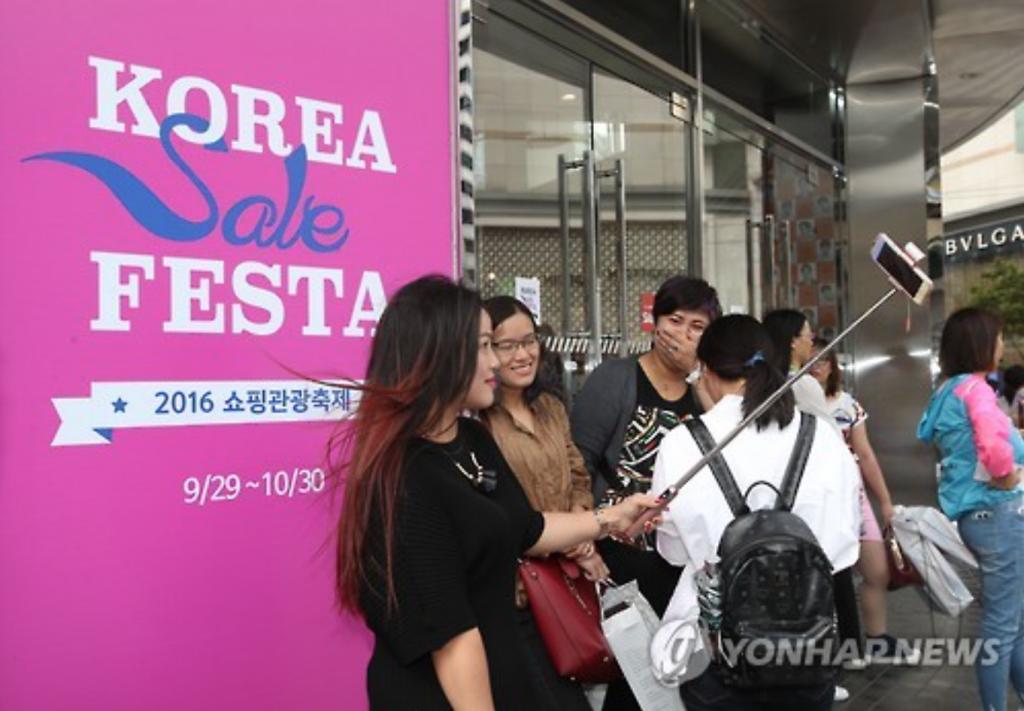 A Chinese tourist takes a selfie against the poster of the “Korea Sale Festa” in Myeongdong in downtown Seoul on Sept. 29, 2016. (image: Yonhap)

SEOUL, Oct. 5 (Korea Bizwire) – A nationwide shopping festival drove up sales at department stores and large discount stores in South Korea in the first five days after its launch on Sept. 29, mainly thanks to an influx of Chinese shoppers, data showed Wednesday.

The massive shopping campaign called “Korea Sale Festa,” which kicked off last Thursday, aims to tie up the retail industry with the tourism and cultural sectors in line with the major Chinese holiday season.

The combined sales of department stores during the period was estimated at 734.4 billion won (US$664.5 million), while those of leading discount stores came to 507.5 billion won, the ministry said.