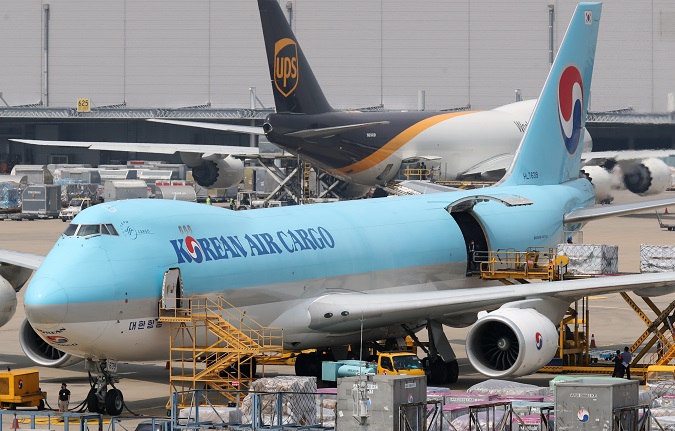 Its net profit reached 130 billion won (US$111 million) in the April-June period, compared with 162.4 billion won from a year ago, the company said in a statement.

Korean Air said its cargo business logged record sales of 1.5 trillion won in the second quarter, but its air passenger sales fell 5.2 percent to 203.9 billion won due to travel restrictions.

The carrier expected uncertainties in the second half of the year due to the fast-rise of COVID-19 variants, saying it will focus on cargo services for IT and e-commerce to make up losses from tepid passenger demand.

The carrier said it will operate its international routes flexibly in the second half of the year by closely monitoring market situations, including travel restrictions, vaccination rates and new travel bubbles.

Shares of Korean Air declined 0.33 percent to 29,800 won on the Seoul bourse, above the broader market’s 1.16 percent fall. The earnings report was released after the market closing.