Allo & lugh is popular among Chinese consumers who prefer vibrant colors, whereas Skarbarn, specializing in outdoor wear, is more sought after by local consumers engaging in outdoor activities such as camping and hiking, according to a company official. (image: Zero to Seven)

SEOUL, Oct. 11 (Korea Bizwire) – Korean manufacturers of children’s products are rapidly expanding their operations in China, targeting the fast-growing market in a country that recently ended its infamous one-child policy.

Zero to Seven is among the companies making a pivot to China with its business centered on children’s clothing brands such as allo & lugh and Skarbarn.

After expanding its outlets at China’s department stores and shopping complexes since 2011, Zero to Seven has seen an average sales growth of 22 percent annually.

Allo & lugh is popular among Chinese customers who prefer vibrant colors, whereas Skarbarn, specializing in outdoor wear, is more sought after by local consumers engaging in outdoor activities such as camping and hiking, according to a company official.

Zero to Seven also launched an online shopping mall in Mandarin last year, and this year opened an online store on VipShop, one of the big three ecommerce platforms in China.

Another brand by Zero to Seven gaining popularity is Goong Secret, an oriental cosmetics brand for children.

According to a Goong Secret representative, the market for oriental cosmetics is a niche not yet dominated by Chinese firms, thus leaving more local consumers to seek Korean products.

“The popularity is best seen in consumption patterns among Chinese tourists visiting Korean duty free stores,” said an official, adding that ten of its Goong Secret outlets have seen a 260 percent increase in sales in September compared to last year. 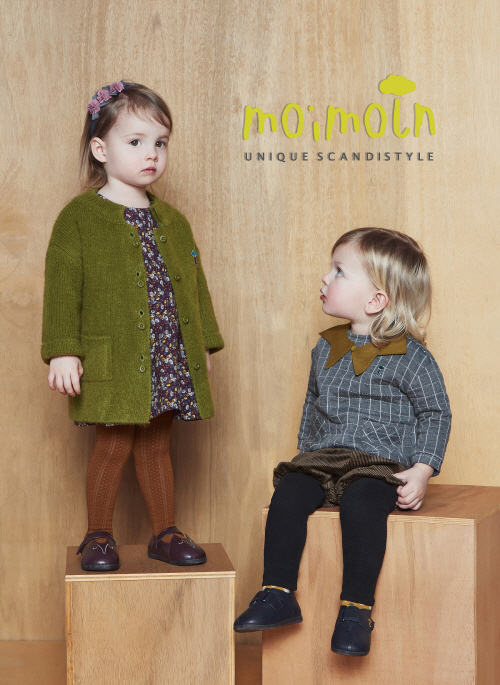 According to the company, it saw 50 percent more participants at a July showcase of its 2017 S/S collection in Shanghai compared to last year’s event, a sign of its growing presence in the Chinese market.

There are currently 55 moimoln outlets in the country, which the company plans to increase to 70 by the end of the year, on top of launching an online store in early 2017. Curlysue will also see its online distribution volume increase throughout the coming months, said a company official.

“It’s not only about the market size (for children’s products) growing in China, but also local mothers that prefer Korean companies which managed to create a “high quality” brand image,” said an industry watcher. “Domestic firms will continue expanding their sales networks in China for the foreseeable future.”

Chinese authorities estimate the country’s market for children’s clothing to have exceeded $22.3 billion in 2014, and expect double-digit growth over the next few years.