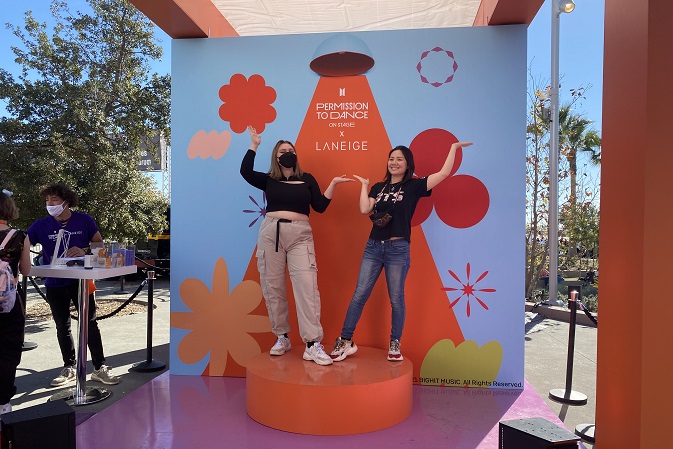 Samsung Electronics Co. and AmorePacific Corp. have set up company booths along the side of SoFi Stadium in the U.S. city where the concerts will take place and have held various promotions and special events.

Samsung held promotions for the popular Galaxy foldable phones. Amorepacific, the concert’s sponsor, has given out Laneige samples and advertisements to fans to promote the newly released products made in collaboration with BTS. 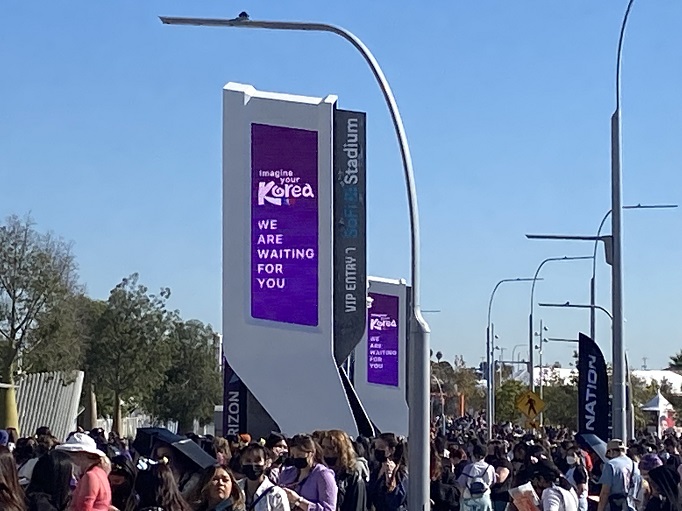 Advertisements for Hyundai Motor Co., Samsung and other Korean companies were being screened on the displays around the concert stadium.