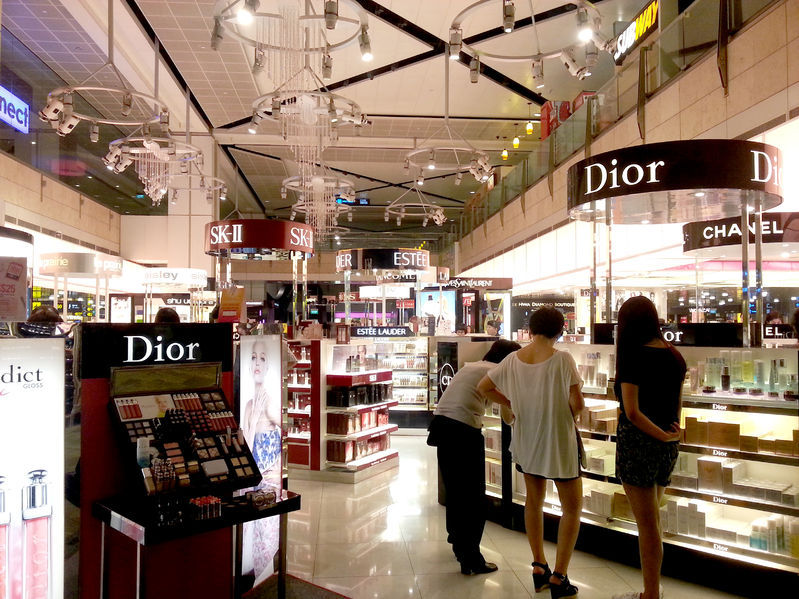 According to Lotte Department Store, the portion of its customers younger than 40 fell to 50.9 percent in the first half of this year, a 1.3 percentage point decrease from last year’s 52.2 percent. (image: Kobiz Media / Korea Bizwire)

SEOUL, July 15 (Korea Bizwire) – To attract young customers in their 20s and 30s, Korean department stores are holding various promotional events, such as a mega concert with K-pop stars and mobile coupons for VIPs visiting the stores.

The department stores are feeling a sense of crisis that if they neglect buyers under 40, who are accustomed to online shopping and making overseas direct purchase, their sales will suffer further when the young generation reaches their 40s, 50s and 60s, the period of their greatest purchasing power.

An official from the department store said, “Recently, as shopping channels become diversified to open market, online malls and overseas direct purchases, young people’s visits to department stores are decreasing.  As these ‘young’ customers will be potential customers in the near future, we are holding various events to attract their interest.”

One of Lotte’s marketing activities to attract young customers is the “Lovely Young Concert” to be held at the Olympic Stadium in Seoul on July 23. Famous K-pop idols including EXO, Infinite, Red Velvet, Teen Top, Halo and BerryGood will join the concert, and tickets to the concert will be distributed through rewards and promotions at the store targeted to young customers.

In the case of Hyundai Department Store, it is focusing on partnerships and collaborations with online and mobile distribution platforms, which are familiar to the young generation.

Last May, its flagship store in Apgujeong entered “Shop Window,” Naver’s mobile shopping platform. It was the first trial for the department store to sell its products online. Currently, it is selling products from 23 premium brands online, including The Kooples and Solid Homme.

In addition, the department store is running “U Membership” zones offering discount coupons to its U members who are aged between 18 and 35. When they pass through the zones, the coupons are sent to members’ smartphones.

Moreover, Hyundai is offering a special VIP program to U members who spend more than 3 million won a year. Through the program, U-VIPs can enjoy free parking for up to three hours, valet parking and special discount coupons.