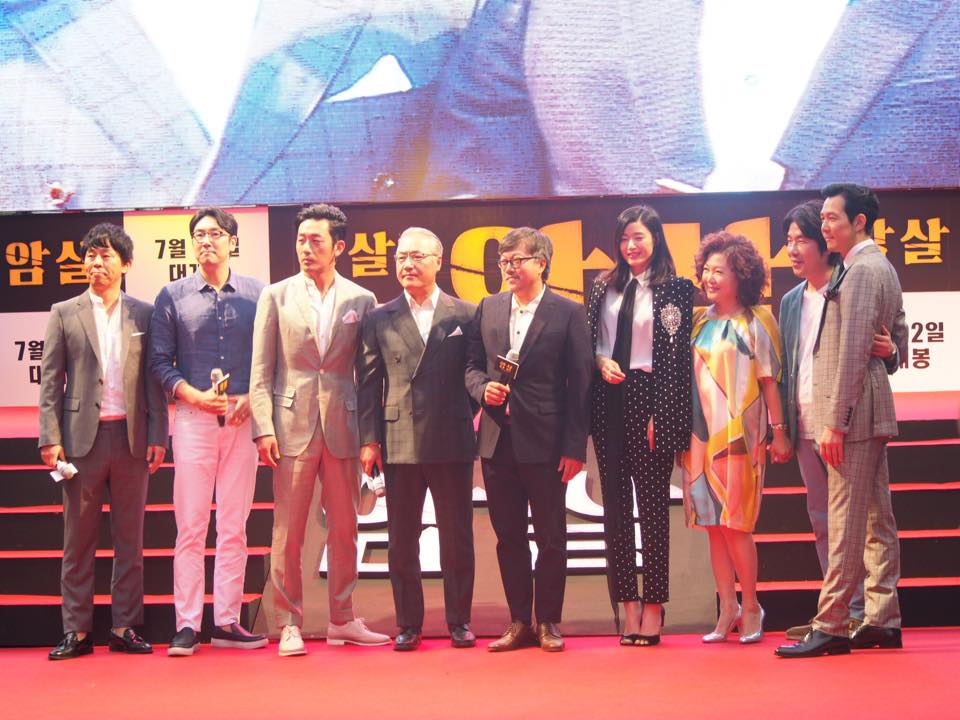 “Assassination”, which opened in theaters Wednesday, was seen by 949,135 people on Saturday. (image: Showbox)

The film, which opened in theaters Wednesday, was seen by 949,135 people on Saturday, according to Showbox. That’s second only to “Roaring Currents,” which set a record of 1.26 million viewers on its fifth day of opening last year.

Set in Shanghai and Seoul in the 1930s when Korea was a colony of Japan, the star-studded film depicts three Korean independence fighters teaming up to assassinate the commander of the Japanese troops in Korea and a Korean business tycoon with ties to Japan.

As of Saturday, the movie was seen by nearly 2.42 million viewers, leading to expectations it will exceed the 3 million mark later Sunday.