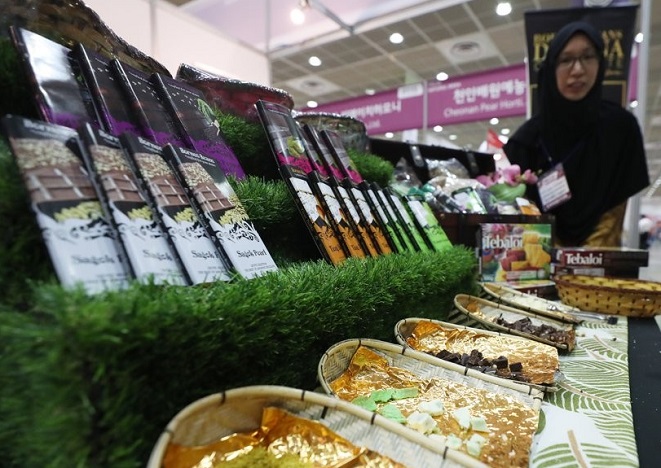 A halal food fair is under way at COEX in Seoul on Aug. 16, 2018. Halal food is prepared in accordance with Islamic Sharia law. (Yonhap)

SEOUL, Oct. 26 (Korea Bizwire) — South Korean food industry is diversifying its lineup of halal foods towards bakeries and coffee shops as part of efforts to gain a larger share of the market in predominantly Muslim countries.

Food and beverage giant SPC Group established a joint venture with an Indonesian company last week to open its first Paris Baguette store in Jakarta, the capital of Indonesia, next month.

The group is also in talks with the Malaysian government to set up a local production facility.

Another food producer Dongwon F&B Co. is now on track to acquire halal certification for its canned ‘Kimchi Tuna’ product as a way to make inroads in the Southeast Asian market.

An increasing number of South Korean food companies are targeting Muslim consumers by acquiring or cooperating with alternative meat companies.

The primary factor behind the South Korean food companies’ increasing efforts to establish a presence in the Muslim market is the rapid population growth of the market.