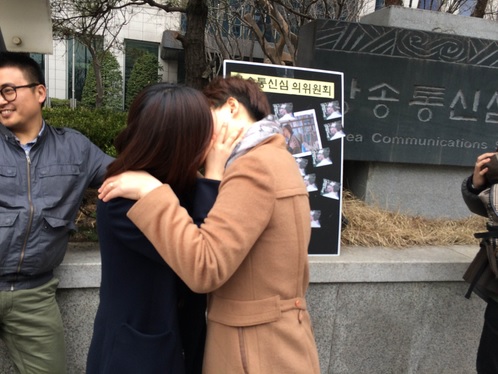 Earlier this month, the KCSC said it would evaluate whether the show’s content was appropriate for broadcast. The show featured lesbian love scenes included kissing and hugging, and the KCSC said there had been complaints from viewers that the PG-13 show was inappropriate for teenagers.

However, Rainbow Action accused KCSC commissioners of making discriminatory remarks against members of the LGBT community. The group said, “Commission members kept saying that the scene can encourage or promote same sex love or that that sexual minorities appear to be suffering from a rare psychological disease. What is needed to be censored is not the drama but the commissioners.”

Instead, the group supported the show by saying, “This drama stands out from the rest because it is raises the issue of sexual minorities in South Korea, which pretends as if we don’t exist.”