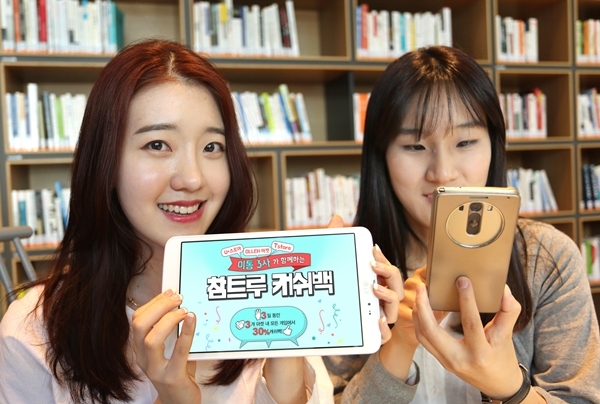 The One Store is a consolidated mobile version of KT’s Olleh Market; T Store operated by SK Planet, the platform arm of SK Telecom; and U+ Store by LG Uplus. (image: LG Uplus)

SEOUL, June 3 (Korea Bizwire) — South Korean mobile carriers said Wednesday they have opened a unified app store for their smartphone users, as part of an effort to bolster their presence in the growing app content sector dominated by two app giants: Google and Apple.

The One Store is a consolidated mobile version of KT‘s Olleh Market; T Store operated by SK Planet, the platform arm of SK Telecom; and U+ Store by LG Uplus.

It is available for a smartphone user through a version upgrade of the existing app market on the handset.

An app developer can now sell his or her product on the app market by uploading the product only once on the One Store, whereas in the past he or she had to register it separately on the existing app stores.

The standards for developing an app have also been harmonized so that app creators won’t need to make different apps for each app store, the mobile carriers said.

The launch of the One Store came two months after announcing the plan to integrate the online content market that had been run separately by each telecom company.

According to market watchers, mobile carriers felt the need to join forces for the app content sector against Google Inc.’s Android market and Apple Inc.’s App Store that have dominated the local app business.

According to the latest data by the Korea Mobile Internet Business Association, Android is estimated to have taken up 51.8 percent of the app market in Korea worth approximately 4.5 trillion won (US$4.06 billion) as of end-2014, followed by Apple’s 31.3 percent. The combined share of local app platform providers only stood at 13 percent.

The mobile carriers said they hope the One Store will create new opportunities for local app developers, as well as mobile consumers, to enjoy various and qualified content based on a more convenient and better user experience.

About 1.7 million smartphone users are expected to visit the One Store every month, the mobile carriers said. They did not give details on the number of apps registered with the unified market.