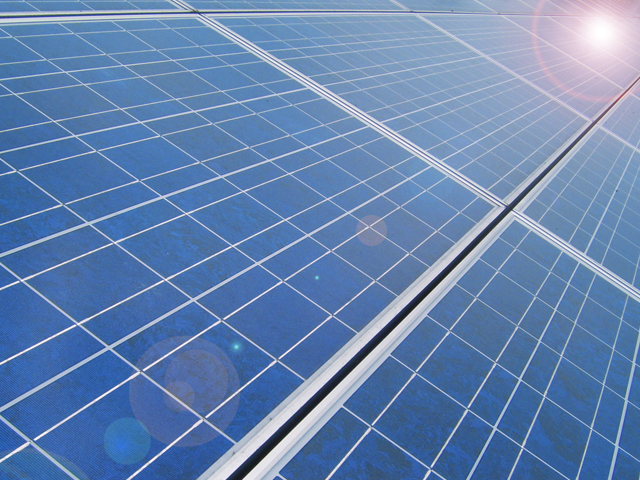 The presented triple-junction (TJ) hybrid tandem solar cell, with two silicon subcells and an organic photovoltaic rear cell, can contribute to an improvement in the overall power conversion efficiency (PCE) of as high as 7.8 percent by means of a voltage gain. (image: Chandra Marsono/flickr)

SEOUL, Nov. 25 (Korea Bizwire) – The energy efficiency of solar cells is expected to rise thanks to a newly established tandem solar cell platform developed by Korean scientists, which overcomes the limitations of its theoretical maximum efficiency.

The Korea Institute of Science and Technology (KIST) announced on November 24 that its Photo-electronic Hybrids Research Center, led by Professor Kim Hong-gon, developed organic-inorganic hybrid tandem solar cells that maximize energy efficiency. With this innovation, it is anticipated that news uses will be found for solar cells, which are already increasing in popularity.

The energy efficiency of the solar cells was a matter of grave concern for the scientists. Since it was expected that single-layer solar cells, like silicon photovoltaic cells, could not overcome the theoretical marginal efficiency, the Korean development of tandem solar cells is a significant step towards exceeding this limitation.

The presented triple-junction (TJ) hybrid tandem solar cell, with two silicon subcells and an organic photovoltaic rear cell, can contribute to an improvement in the overall power conversion efficiency (PCE) of as high as 7.8 percent by means of a voltage gain.

The tandem cell architecture, in which multiple solar cells with different bandgaps are stacked in series, reduces the innate energy losses of single-junction solar cells, such as the thermal loss of high-energy photons and the transmission loss of low-energy photons. Existing inorganic tandem solar cells were not realized due to expensive equipment and materials like gallium and arsenic.

Professor Kim added, “As a tandem cell can lead to high voltage by itself, it can be used for electrolysis directly. The technology development on single-layer solar cells will increase demand for the tandem solution.”