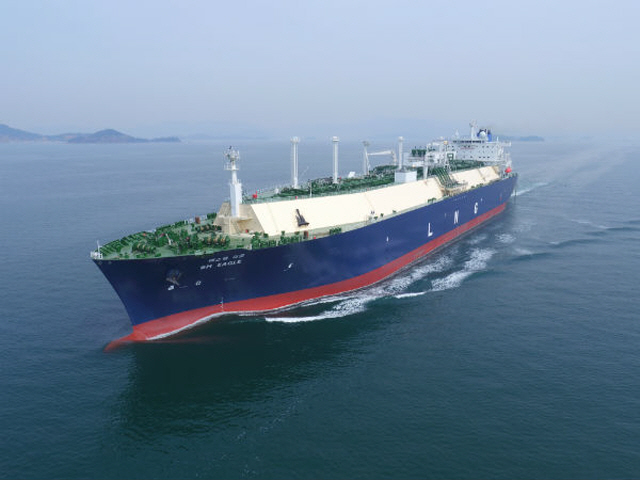 Five bulkers — reportedly Korea Line Corp., Pan Ocean Co., SK Shipping Co., Hyundai LNG Shipping Co. and H-Line Shipping Co. — are set to form an alliance and hold a presentation together in Doha on Monday to explain their plans for Qatar’s LNG project, according to the sources.

Qatar Petroleum, the world’s largest LNG producer, is expected to place transportation orders involving at least 40 LNG carriers by the end of the year for its North Field Expansion (NFE) project, which aims to increase the nation’s LNG production capacity from 77 million tons to 110 million tons per annum starting in 2024.

Industry insiders speculate that the Qatari state-run company will need an additional 60 LNG carriers for the project.

While South Korea’s major shipbuilders are considered the favorites to take the LNG carrier construction orders from Qatar due to their dominant presence in the LNG ship market, local shippers are hoping they can secure contracts to operate the vessels.

“It’s worth a try,” said a shipping firm official who asked not to be named. “What’s meaningful is that local shippers are trying to join forces to overcome difficulties together.”

Earlier in the day, South Korea and Qatar held high-level talks in Doha to discuss cooperation in key sectors such as energy, according to the commerce ministry.

The two agreed to expand their cooperation in fields such as smart grids and solar energy and strengthen economic ties, it said.