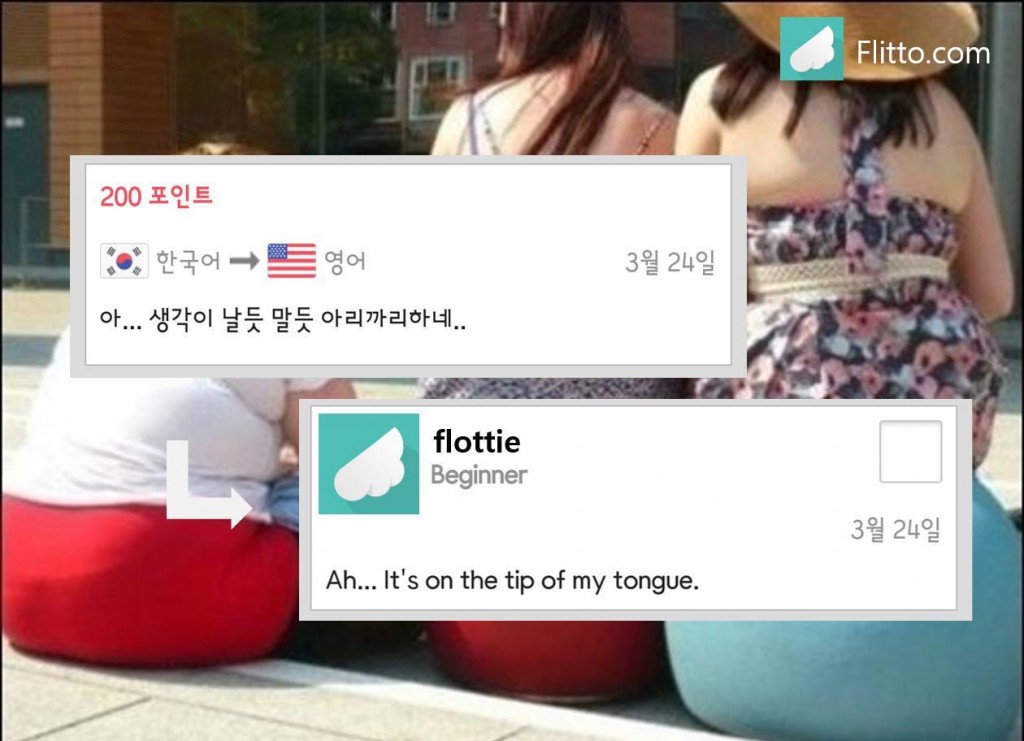 As of now, the cutting-edge translator platform holds 3.3 million members from 170 different countries and translations on various contents including texts from SNS, audio files, and images have been exchanged. (image: Flitto Facebook page)

The IDEAS Show, hosted by the Taiwanese National IT Industry Promotion Agency, was held on July 24 and 25 and is the biggest start-up conference in Taiwan. A total of 58 start-up ventures from all over the world have participated in this year’s conference.

Including Flitto, eight companies from Korea have also exhibited themselves in the conference with the support from “Smart Contents Business in China Strategy Supporting Project” co-initiated by the Ministry of Science, ICT, and Future Planning of Korea and the Korea National IT Industry Promotion Agency.

The start-up battle, in which Flitto won the grand-prize, is indeed the highlight event of the conference where start-ups from all over Asia boasted their business ideas. A total of 33 companies competed in this year’s battle, and their ideas were evaluated based on the criteria of creativity (25%), business model (25%), team construction (20%) and global viability (30%) by the judging committee of 10 venture capitalists and 10 officials from sponsors.

Flitto won the grand prize along with Brand Pit from Singapore and VM5 from Taiwan getting high praises from the judges for innovativeness and viability of their platform in the global market.

Flitto, opened in 2012, is a social translation platform, where users can either ask for a translation or provide translations for others. Since it is actual humans who do the translating on the platform, nonsensical and often preposterous translations which existing machine translation software programs have provided can be avoided.

One can also expect a quick translation upon his request as the application presents live-time connection of users. As of now, the cutting-edge translator platform holds 3.3 million members from 170 different countries and translations on various contents including texts from SNS, audio files, and images have been exchanged.

Flitto have been on the spotlight of the tech industry since it was selected for Incubating Program of Tech Star London in 2012, as the first company from Asia to be chosen. The company gathered more attention by winning all of the tech competitions that it has participated in, including IDEAS show.