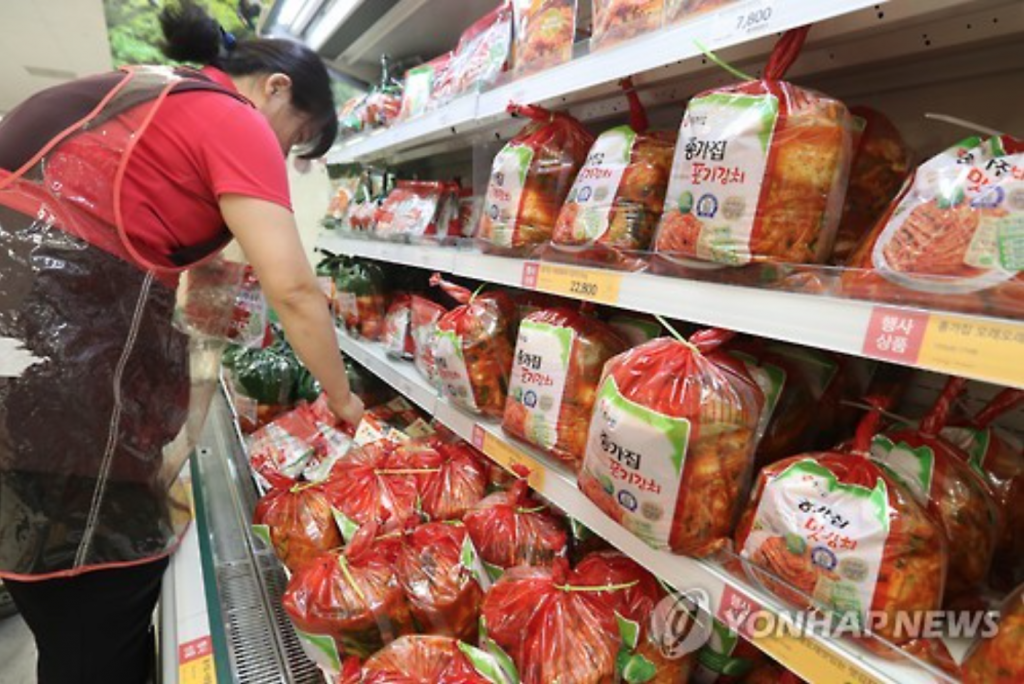 Sales of packaged kimchi flirted with 100 billion won (US$89 million) in the first eight months of the year, compared with 137 billion won for all of last year. (image: Yonhap)

SEOUL, Oct. 20 (Korea Bizwire) – South Korea’s market for packaged kimchi has been growing sharply in recent months as more consumers resort to them due to sky-high prices of napa cabbage, the pickled side dish’s key ingredient, a market tracker said Thursday.

The market for packaged kimchi rose 13.5 percent in July from a year ago before spiking 23.6 percent in August and surging more than 30 percent in September when cabbage prices were at their peak, according to LinkAztec.

Sales of packaged kimchi flirted with 100 billion won (US$89 million) in the first eight months of the year, compared with 137 billion won for all of last year.

Local kimchi companies, however, are stuck between a rock and a hard place as rising sales don’t translate into increased profits due to higher costs and difficulties securing quality cabbages.

In addition, they are not in a position to jack up kimchi prices simply because of a jump in cabbage costs out of concern over consumer complaints, according to industry sources.

South Korea’s leading kimchi producer Daesang FNF has seen sales of its packaged kimchi products surge roughly 20 percent from a year ago since March, when cabbage prices began to go up.

“Surging sales don’t lead to more earnings, and it is difficult to raise prices simply because the record summer heat and drought sent cabbage prices soaring,” a company official said.

There is a high possibility that demand for packaged kimchi will drop once cabbage prices go down, he said, adding the positive thing is that new consumers are picking up packaged kimchi.

Other kimchi makers echo the view. CJ Cheiljedang Corp. said the production cost has skyrocketed due to a spike in cabbage prices, leaving the company with little profit. “The factory is running at full throttle on increased demand, but the cost and personnel burden has increased in tandem,” a company official said.

An official of Dongwon F&B Co. said the company is having difficulties securing quality raw materials because of a poor cabbage harvest, adding there are no immediate signs of the situation improving.

Prices of farm products in South Korea have remained lofty due to the record summer heat and recent torrential rains.

According to the Bank of Korea, the producer price index for agricultural and fisheries goods stood at 119.69 in September, up 5.4 percent from the prior month, with prices of Chinese cabbages and radishes shooting up 34.7 percent and 49 percent, respectively.