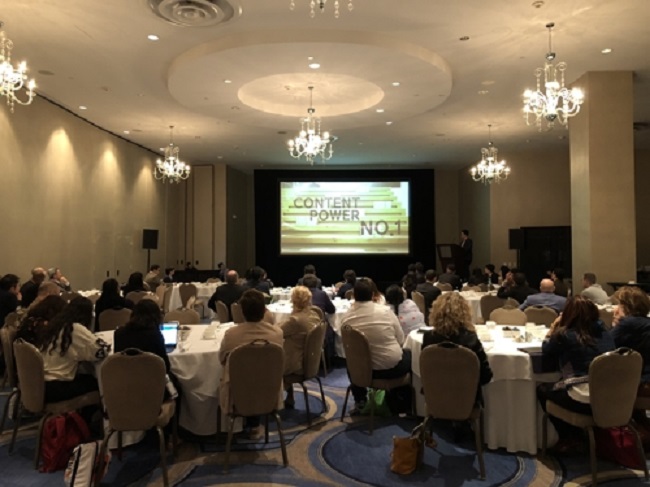 Considered one of the three largest broadcasting content trade fairs along with France’s MIPTV and MIPCOM, NAPTE Miami is the largest fair of its kind in the Americas. The Korea Creative Content Agency (KOCCA) has been participating in the annual fair since 2014, running a Korean pavilion and screening Korean TV programs.

This year, officials from major Korean TV networks such as KBS, MBC, SBS, CJ E&M and JTBC showed a total of 15 programs, mostly dramas, in the “K-content screening” side event at NAPTE Miami on Wednesday.

Some 100 officials for major broadcasting networks and content creators from across the Americas took part in the “K-content screening” and showed much interest in Korean TV programs, according to the KOCCA.

“It was a chance to enhance the brand value of Korean content in the North and Latin American markets, which have high entry barriers,” Kim Rak-gyun, a KOCCA official in charge of supporting Korean content’s advances into global markets, said in a press release. “We’ll continue to provide aggressive support so Korean content can reach wider into the world.”