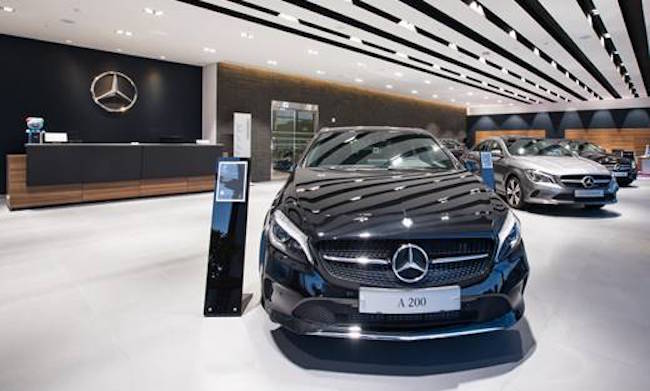 On August 7, Mercedes-Benz Korea announced that it had sold 37,723 vehicles in the first half of this year, a 54 percent increase compared to last year. (Image: Han Sung Motors)

SEOUL, Aug. 8 (Korea Bizwire) —  On August 7, Mercedes-Benz Korea announced that it had sold 37,723 vehicles in the first half of this year, a 54 percent increase compared to last year. Accordingly, the South Korean market jumped three spots as it now ranks fifth among countries with the most purchases of Mercedes-Benz vehicles from January to June.

What is startling is that for some Mercedes-Benz models, sales were higher in South Korea than in the automaker’s home country of Germany.

The figures show that after economic powerhouses China and the U.S., South Korea ranked third in total sales of the E-Class executive sedan. Despite its hefty price tag (prices range from 61.9 million won to 112 million won), 3,076 cars rolled out of dealerships every month.

Koreans’ affinity for Mercedes-Benz extended to the S-Class luxury vehicle as well. Reportedly 2,500 sold per month, despite the most affordable version of the model selling for around 150 million won. As was the case with the E-Class, South Korea ranked third behind China and the U.S. when accounting for total sales of the model.

Beyond these two primary models, the CLS-Class and the C-Class also saw healthy sales figures, with South Korea ranking fifth in total sales of the C-Class.

The love of Koreans for fine cars isn’t restricted to Mercedes; sales of Ferrari vehicles have more than doubled in the past few years. What was once a meager total of 50 Ferraris on South Korea’s highways has turned into at least 120 as of this year. 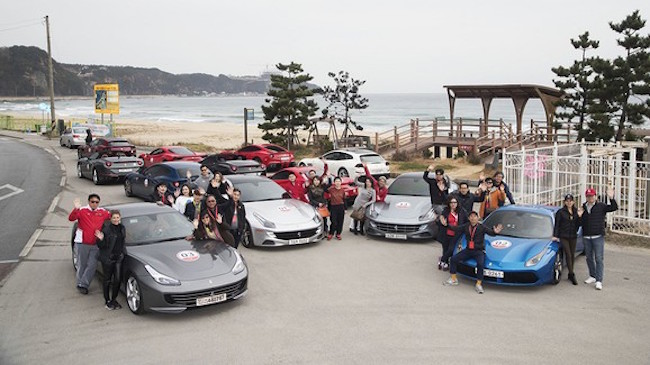 What was once a meager total of 50 Ferraris on South Korea’s highways has turned into at least 120 as of this year. (Image: Ferrari)

Commenting on the increased demand for European luxury vehicles, a spokesperson for Ferrari said, “As the overall standards of living for Koreans have risen and attitudes like ‘YOLO’ (you only live once) have taken root, there is an increased number of consumers making bold purchases of their dream car.”