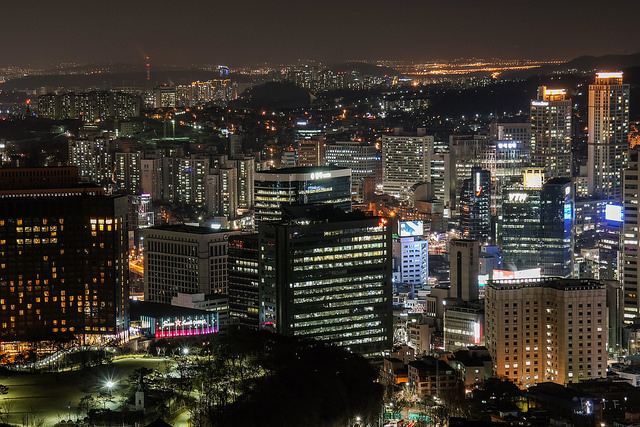 According to the industry ministry’s estimates, the investment projects these companies will commence this year or next were 13 with the total volume reaching 28.4 trillion won.(image:TF-urban/flickr)

SEOUL, Oct. 7 (Korea Bizwire) – Korea’s 16 major corporations, including Samsung Electronics and Hyundai Motor, plan to carry out investment projects worth 28.4 trillion won (US$26.6 billion) from the second half of this year to next year.

The Ministry of Trade, Industry and Energy held a meeting with CEOs of the nation’s 16 major companies at JW Marriott Hotel in Seoul’s Gangnam on October 6. During the meeting, presided over by the Minister Yoon Sang-Jik, the ministry exhorted the companies to actively carry out their investment plans as scheduled or ahead of schedule.

Minister Yoon said, “The government is putting all its effort to boost the economy. We are striving to remove the stumbling blocks that have prevented companies from making new investment. To promote corporate investment, we also organized a one-on-one support team for these companies.”

According to the industry ministry’s estimates, the investment projects these companies will commence this year or next were 13 with the total volume reaching 28.4 trillion won. Including projects to be launched from 2016, the volume is valued at 77.0 trillion won.

One of the most visible investment projects is the 15.6-trillion-won investment by Samsung Electronics to build a semiconductor production line in Pyeongtaek in southern Gyeonggi Province to be kicked off in the first half of next year.