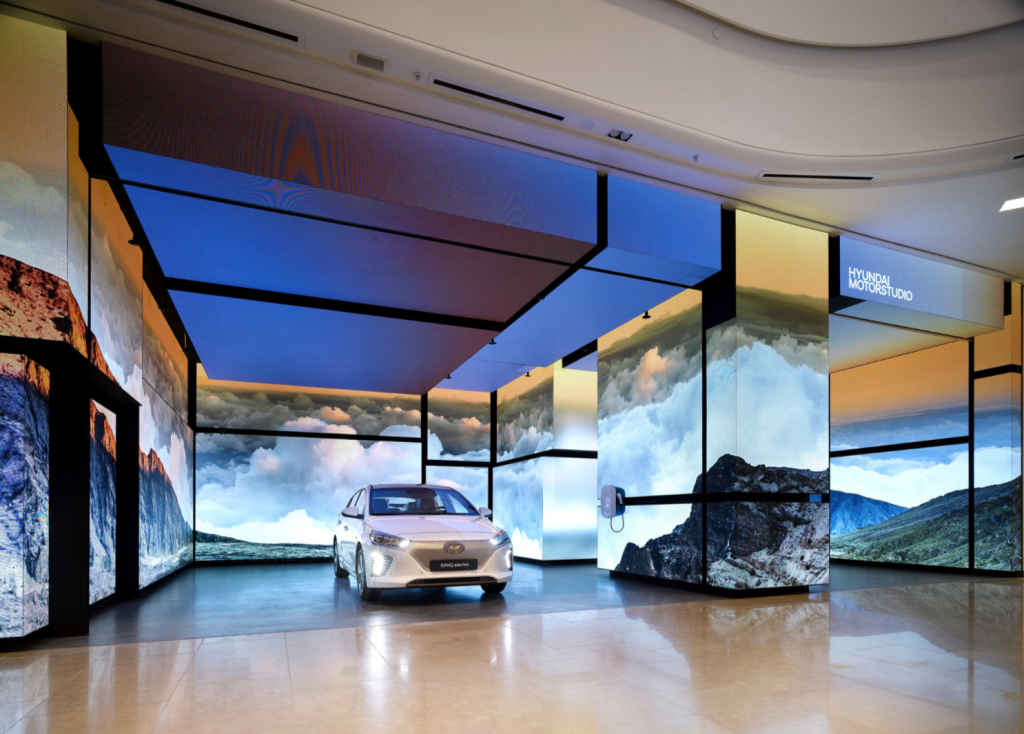 Hyundai opened a Hyundai Motorstudio in the complex, the third of its kind following facilities in Seoul and Moscow. (image: Hyundai Motor Company)

Two automakers currently operate stores on the 460,000-square-meter premises: Hyundai Motor Company and BMW. While Hyundai stands as a symbolic figure of Korea’s automotive industry, BMW is currently the leading automaker in Korea’s imported car sector. With Tesla Motors expected to join the duo later in the year, the three brands will battle to show off their latest models at their respective showrooms.

Hyundai opened a Hyundai Motorstudio in the complex, the third of its kind following facilities in Seoul and Moscow.

Covering 400 square meters of floor area, the store exhibits the Hyundai Ioniq, a line-up of electric drive hatchbacks, in addition to a charging station for customers to experience the actual process of EV charging. The car’s powertrain is also on display, offering a visual representation of the EV’s internal structure.

Furthermore, visitors can experience various exterior color and interior options for the Ioniq, while test drives are also available, for which customers can choose the model and the driving course.

Another Hyundai store at Starfield is the Genesis Studio, specific for its luxury Genesis brand. According to the company, the studio is a one-stop space where consumers can experience Genesis vehicles in person, including a test drive, and consult employees for purchase.

The 476-square-meter studio currently displays the EQ900, the G80, and the G80 Sport set to be released in the latter half of 2016, and presents doors for the entire Genesis line-up in each permutation of exterior and interior options. 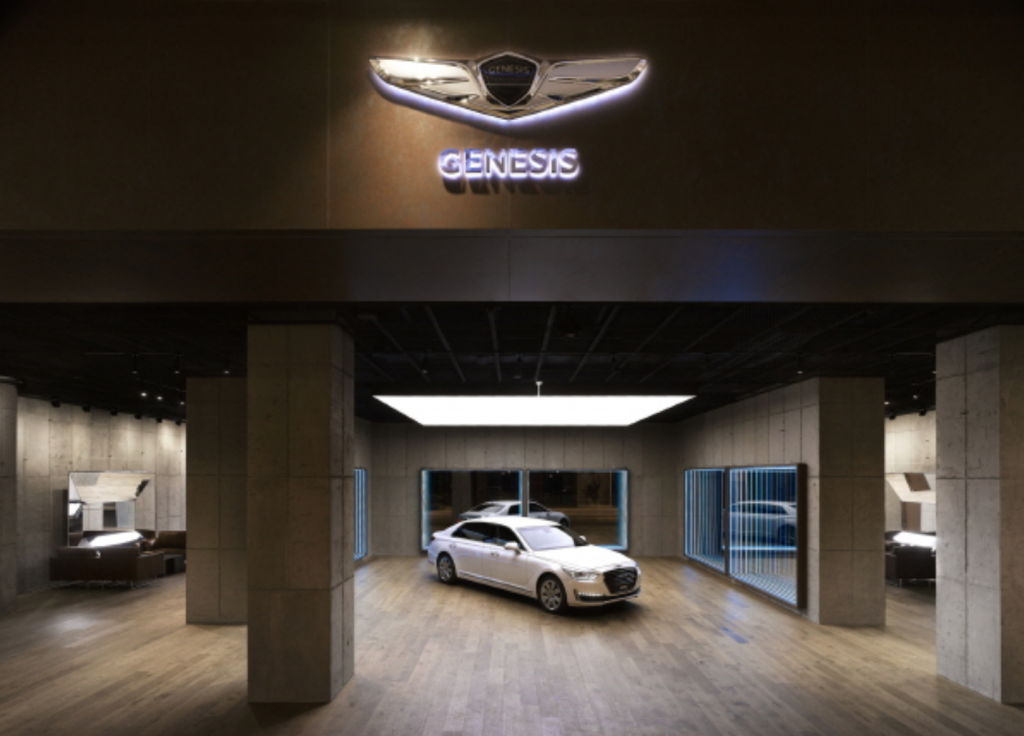 BMW Mini City Lounges are where customers can meet the latest MINI and BMW models, and are the first of their kind in Asia.

The lounges combined cover 962 square meters of floor space, and currently display six BMW models, including the i8 and the all-new 7 series, and three MINI vehicles. With a BMW Lifestyle Shop also located on the premises, visitors can also purchase various equipment and accessories. In addition, the company operates a service check-in counter where it will provide car maintenance for BMW owners while they visit the shopping mall. 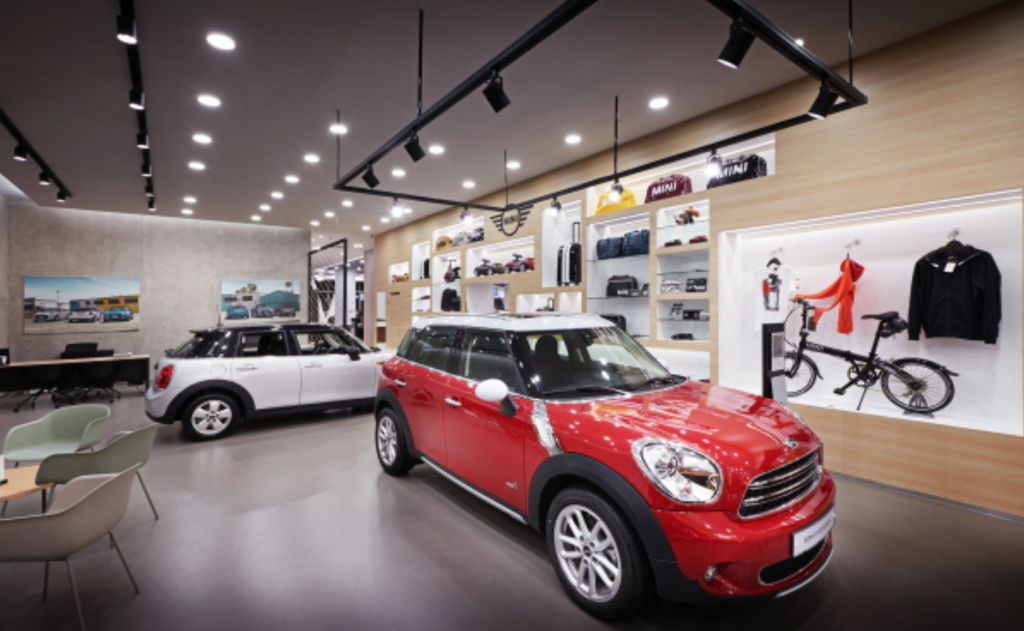 BMW Mini City Lounges are where customers can meet the latest MINI and BMW models, and are the first of their kind in Asia. (image: BMW Korea)

American EV manufacturer Tesla is expected to open its first dealership in Korea sometime in November. The 205-square-meter store will feature the company’s Model S luxury sedan, and its Model X SUV (scheduled for delivery in 2017). The Model 3, Tesla’s upcoming entry-level luxury sedan, is also expected to be displayed at its Starfield franchise.

According to industry sources, Tesla will begin operations in Korea with its Hanam display store, and launch sales as soon as it obtains the Korean government’s approval, which may or may not be finalized by the store’s opening.

“With iconic automakers from Korea and overseas gathered in one place, it’ll be interesting to see which brands attract the most consumers,” said an industry official. “It’s basically going to be a mini-motor show for year-round display at Starfield Hanam.”