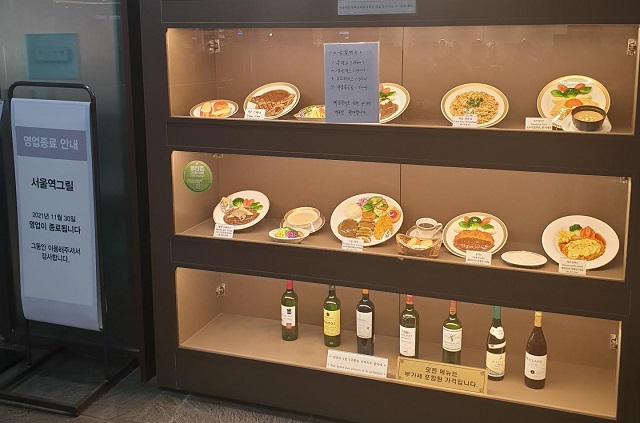 Various mock menu models are shown on display at the entrance of Seoul Station Grill, the first restaurant to serve western-style cuisine in Korea. (Yonhap)

SEOUL, Nov. 30 (Korea Bizwire) — A near-century-old restaurant in Seoul, believed to be the first to serve western-style cuisine in Korea, has announced it will shut down due to the pandemic after nearly a century of business.

Seoul Station Grill, which opened on Oct. 15, 1925, on the second floor of the old Seoul Station building, is known for introducing pork cutlet and hamburger steak to Koreans for the first time during Japan’s colonial rule of the Korean Peninsula from 1910-45.

“Our business has suffered greatly from COVID-19,” a restaurant employee told Yonhap News Agency of the reason for closure after 96 years.

The size of its early business was remarkable even by today’s standards, with a maximum 200 seating capacity and its dinner course menu priced at then 3.2 won, 21 times higher compared with the then average price of the popular seolleongtang, or ox-bone soup.

Seoul Station Grill was considered one of Seoul’s go-to social gathering hot spots at the time and was even mentioned in the novel “The Wings” by modern avant-garde writer Yi Sang. 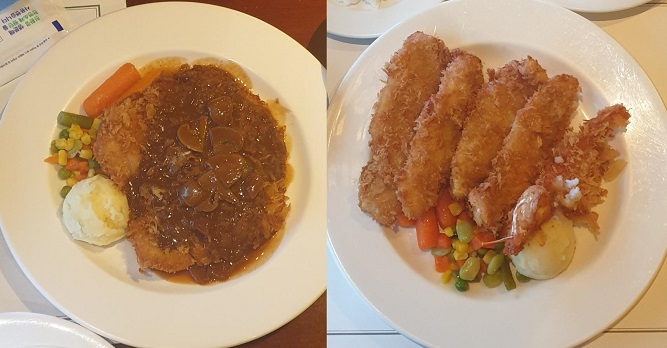 The place was acquired by the state-run Korean National Railroad after Korea’s liberation from Japan and later managed to survive the toughest of periods, including the 1950-53 Korean War and the 1997 financial crisis.

The management rights were handed to Plaza Hotel in 1983, and the restaurant was later relocated to the fourth floor of the new Seoul Station building.

The restaurant employee said the entire fourth floor of the station is expected to be renovated to open a new haute restaurant complex. A fine dining steak restaurant is purported to be scheduled to take over Seoul Station Grill’s place.

Social media was flooded with reactions lamenting the closure of the restaurant.

“It’s a pity that the restaurant couldn’t reach its 100th anniversary,” one person commented.

Another social media user recalled enjoying steak for the first time at Seoul Station Grill, while another post noted the business closure marked the end of a page in modern Korean history.