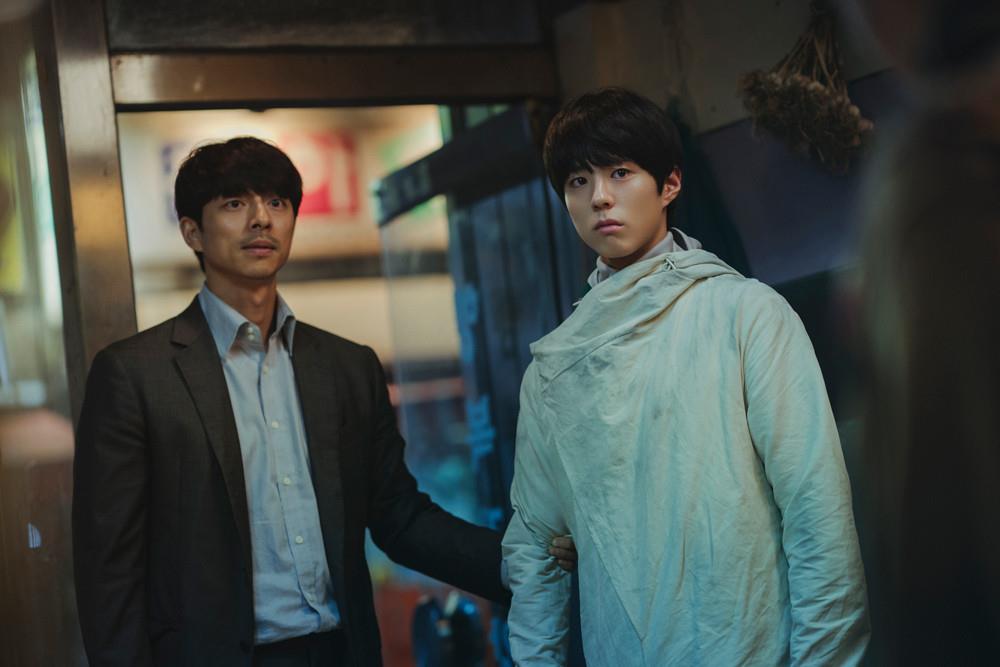 This image provided by CJ Entertainment shows a scene from “Seobok.”

SEOUL, March 3 (Korea Bizwire) — The science-fiction action blockbuster “Seobok” will be released simultaneously in theaters and via streaming next month, its distributor said Wednesday, after monthslong delays amid the novel coronavirus pandemic.

“Starring Gong Yoo and Park Bo-gum, ‘Seobok’ will be released on April 15,” CJ ENM said in a press release. “It will be released as original content of Tving and will also go on a theatrical run for more viewers.”

“Seobok” revolves around a former agent (Gong) who is assigned to take care of the first human clone, Seobok (Park), who possesses the secret to eternal life.

It is one of the most anticipated blockbusters in South Korea since last year for its subject of the first human clone and for starring the two Korean heartthrobs.

It has also drawn attention as the first project by director Lee Yong-joo since his hit 2012 romance “Architecture 101.”

CJ ENM was first set to release the lucrative title worth 16 billion won (US$14.2 million) last year but has postponed its schedule several times due to the protracted fallout from the COVID-19 pandemic.

“As COVID-19 has changed consumers’ perspective and needs for content, we decided to release ‘Seobok’ on various platforms,” the company said.

“Its theatrical release will also offer more options to viewers and help movie theaters which have been suffering from a drought of new films.”

“Seobok” will probably become the first Korean title distributed by a major film company to take the two-track approach amid the yearlong pandemic, while many big-name films have gone directly to online streaming platforms without a run in theaters.

The thriller “Time to Hunt” (2020) was the first Korean film to be streamed on Netflix without a theatrical release, followed by the horror film “Call” (2020) and space opera “Space Sweepers” (2021).