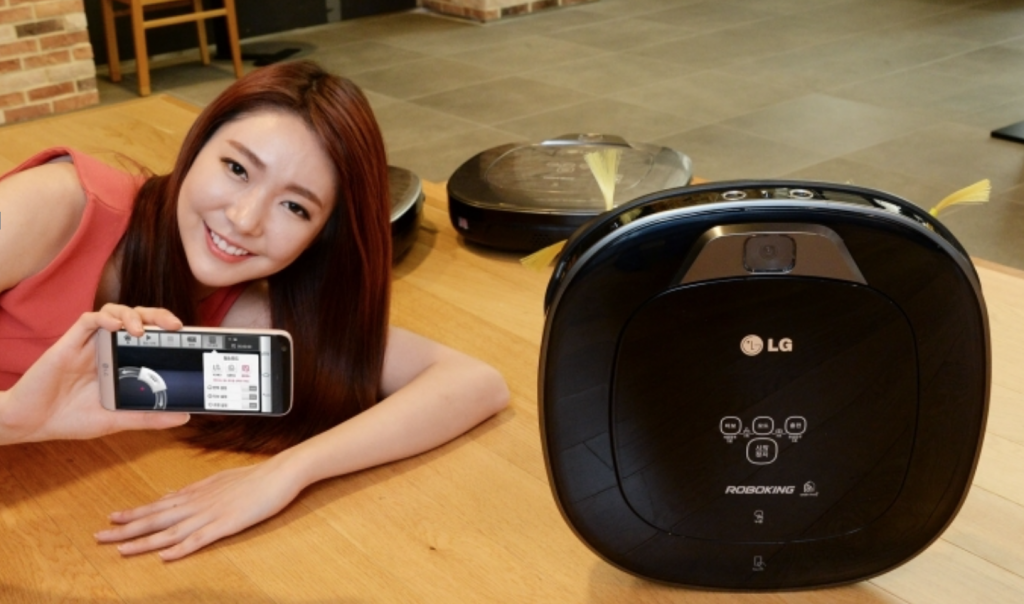 LG’s R75BIM was selected as the best of the five, receiving three stars in cleaning performance and noise, and two stars for autonomous mobility. (image: LG Electronics)

The NR15 received an ‘excellent’ (three out of three stars) rating in terms of noise and ‘good’ (two out of three stars) in its autonomous mobility, but was the only model to fail the KCA’s fall-proof test, and was unable to avoid a drop of five centimeters. It was given an ‘average’ rating (one out of three stars) for both wood and carpet floor performance, and was the cheapest out of the five, selling for 249,000 won ($212.89).

Samsung’s vacuum (the VR20J9010UR) was rated ‘excellent’ in terms of mobility and cleaning performance (two stars for wood, and three for carpet floors), and was able to maneuver over door thresholds (2cm height). The machine was the heaviest of the five, at 4.4 kilograms, but was equipped with the largest dust bag (0.45 liters). However, it was given a single star in terms of noise, and was among the higher-priced models, at 539,000 won.

Yujin Robot’s YCR-M07-10 was the most expensive, priced at 598,000 won. It received three stars for wood floors and two for carpets. It was rated excellent in autonomous mobility, and was able to navigate over thresholds and detect edges. 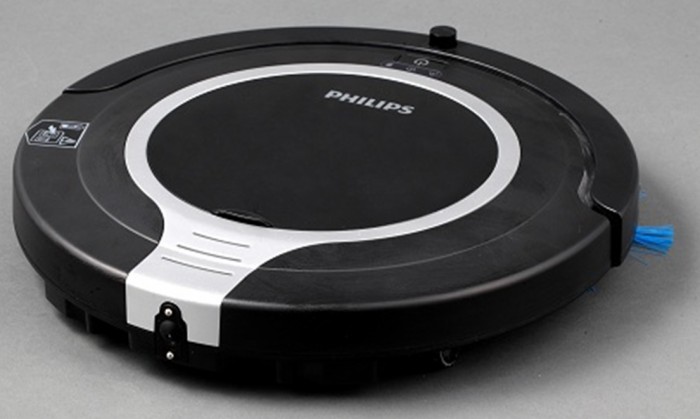 The FC8710 from Philips Korea received the poorest evaluation of the five, and sales have currently been suspended following the KCA’s discovery of problems with its battery. (image: KCA)

The FC8710 from Philips Korea received the poorest evaluation of the five, and sales have currently been suspended following the KCA’s discovery of problems with its battery. During the tests, the KCA found a sudden decline in battery capacity in a few of the products, leading to significantly shorter battery life. After the KCA recommended that Philips take corrective measures, the company halted sales of the FC8710 and began refunding its customers.

Although the FC8710 was rated excellent in terms of noise, and passed the KCA’s fall-proof test, it failed to overcome thresholds, and rated average in terms of autonomous mobility and carpet cleaning, although two stars were given for wood floors. Coming in at 452,200 won, its 0.17-liter dust bag was also the smallest.

In contrast, LG’s R75BIM was selected as the best of the five, receiving three stars in cleaning performance and noise, and two stars for autonomous mobility. It passed both the threshold and fall-proof tests, and came with a the most features, including floor detection, schedule timer, self-diagnosis, and re-cleaning.

All five products were able to return automatically to their charging stations, and no safety issues were discovered in terms of current leakage.

The KCA advised consumers to take into consideration various factors before purchasing a robot vacuum, and make sure, prior to operation, that the floor is free from cloth or wires that could get tangled up in the device. It also recommended extra caution for floors and edges of less than 5 centimeters in height, which vacuums may fail to recognize.