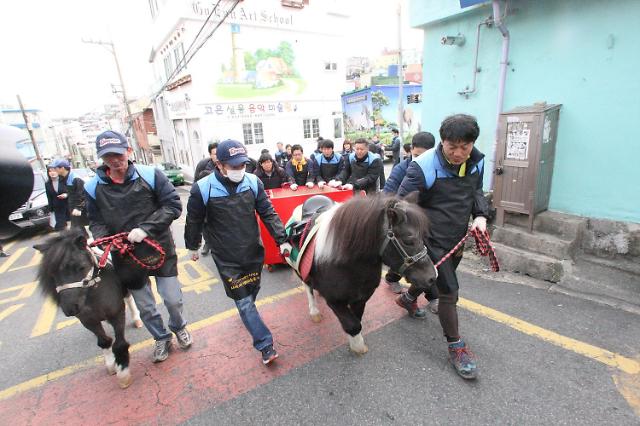 After the delivery was completed, the horses were taken to a local elementary school where children had a chance to feed the horse’s favorites such as sugar lumps and carrots. (image:KRA Busan)

The 50-or-so employees of Let’s Run Park in Busan, a horse racing arena run by the Korea Racing Authority, took out their prized Shetland ponies Baramdori (15 years old) and Havana (12 years) to the neighborhood in delivering briquettes ahead of the cold winter season.

In order not to cause any injury to the animals during the event, the horse racing authority brought out vibration-proof carriages with a vet and two horse caretakers in tow. After the delivery was completed, the horses were taken to a local elementary school where children had a chance to feed the horse’s favorites such as sugar lumps and carrots. 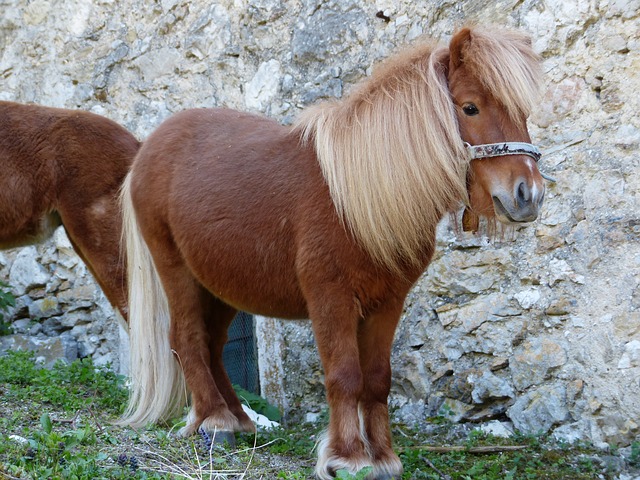 The Shetland pony is a breed of pony originating in the Shetland Isles. (Image: Pixabay)

A Korea Racing Authority official said, “Even though we held horse-riding classes for elementary school students several times before, it was the first time to go out for charity activity. This was a great occasion for us to put social contribution in practice and at the same time promote our company to the local community.”

The employees of Let’s Run Park in Busan have been quite forthcoming in voluntary activities. All the employees achieved the goal of doing charity work for more than 30 hours a year. In addition to the recent briquette delivery event, they have participated in Kimchi sharing, farm village support, and lunchbox delivery for single senior citizens.

Earlier in April this year, they sponsored an event to invite handicapped children to the horse racing park and allow them to ride and feed the horses. Let’s Run Park won the Busan Mayor’s Award in this year’s Korea Festival for Volunteers for its contribution in helping the handicapped by encouraging communication with horses.