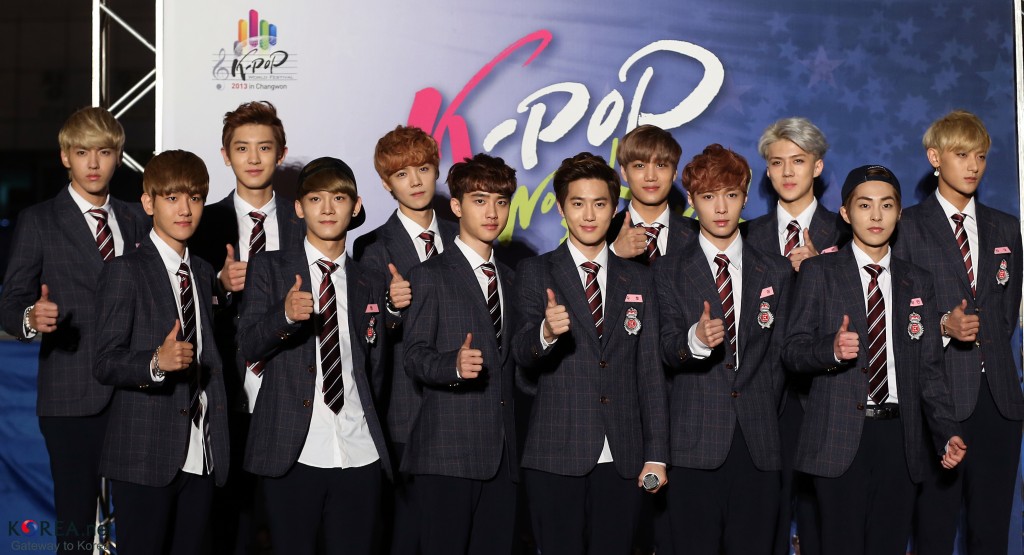 Some fans have raised the possibility of EXO becoming a “next T-Ara” after this conflict. (image: Wikimedia Commons)

SEOUL, May 16 (Korea Bizwire) – Controversy surrounding Kris, leader of EXO M and who filed a lawsuit against SM Entertainment on Thursday, is apparently causing an escalating stir, as another member from the famous K pop boy group, is criticizing his behavior, arguing Kris’ legal action is “irresponsible.”

Exo, formed in 2011 by SM Entertainment, comprised twelve members who have performed in two subgroups, EXO K and EXO M. Looking to huge potential of Chinese market, EXO M has done their performance in Mandarin; M from EXO M stands for Mandarin. K from EXO K stands for Korean so that the subgroups might be best suited to the individual market respectively.

How EXO K has responded to Kris’ legal spat with SM Entertainment then? Suho, a member from EXO K, who accepted today No.1 spot on Mnet’s M! Countdown program, said after the show “[Kris' filing a lawsuit] is irresponsible. He should apologize to our fans and the company.”

According to a local entertainment media, Suho seemed perplexed by Kris’ conflict generating behavior this time, by saying “All the members talked about this issue. Kris’ move doesn’t make any sense. We all as the member of EXO couldn’t understand what had driven his legal move. We are in a mixed feeling for now.”

Suho added “rash and irresponsible has been Kris’ behavior. There is any single conflict between EXO members and SM Entertainment now.” “What Kris has to do right now is come out to apologize to the company and the other members after dropping the legal suit right way.”

As the situation has escalated, many fans in Korea seem in favor of the other members from EXO, with some worrying EXO might be reduced to a “next T-ARA,” famous girl group that went through this kind of similar internal conflict and saw their popularity going downward after that.