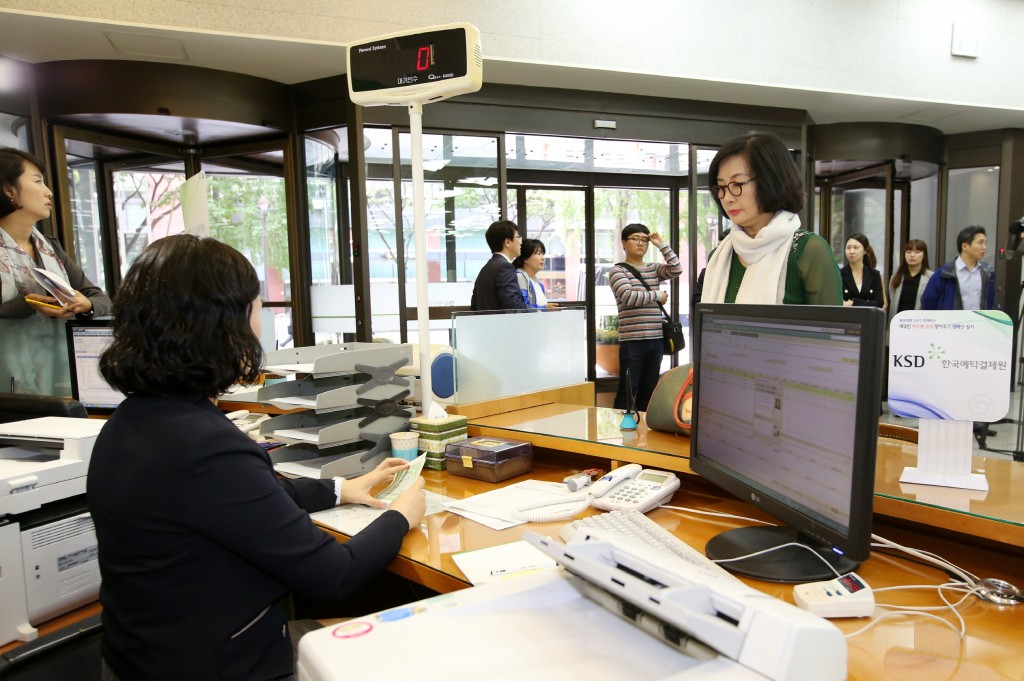 A Korea Securities Depository official said on October 1, “The three financial institutions will offer the service in support of the government’s effort to boost the economy.” (image:KSD)

SEOUL, Oct. 2 (Korea Bizwire) – The Korea Securities Depository will initiate a campaign, jointly with KB Kookmin Bank and Hana Bank, to find the owners of stock investment accounts and return the remaining balance in the dormant accounts.

A Korea Securities Depository official said on October 1, “The three financial institutions will offer the service in support of the government’s effort to boost the economy.” The limited-time campaign will continue for one month until October 31.

The state-run agency revealed an episode of a man who won a windfall gain of 130 million won (US$123,000) thanks to the campaign. The man, known as his last name Lim in his 60s, used to work for Taepyungyang Chemical (today’s AmorePacific) for four years between 1972 and 1976 and bought 206 shares of the company at the price of 103,000 won in total.

Afterward he forgot all about it but recently was pleasantly surprised to receive a letter from the Korea Securities Depository that his stock investment has appreciated a thousand times for almost the past four decades.

This is the fifth year for the agency to kick off the annual campaign. For the past four years, it has given back a total of 653.8 billion won (53 million shares) to 8,685 shareholders.

For those unsure about their past stock investment, the agency has prepared a separate website to check whether they have any unclaimed shares in their accounts.