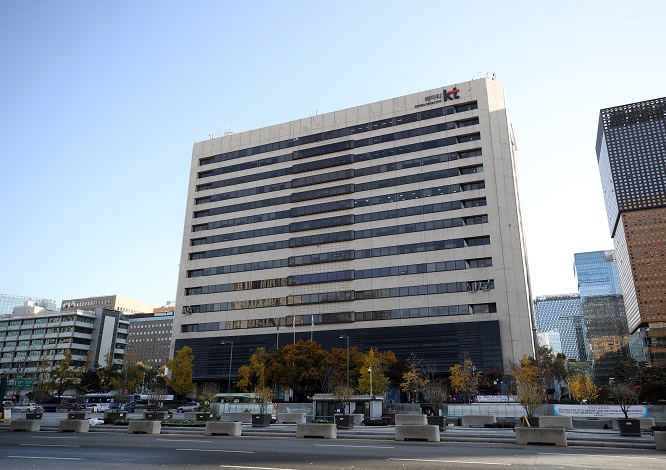 KT’s net income amounted to 326.2 billion won (US$235.5 million) on a consolidated basis in the July-September period, compared with 337.7 billion won during the same period of last year, the company said in a regulatory filing.

The earnings beat market expectations. The average estimate of net profit by analysts stood at 314.4 billion won, according to a survey by Yonhap Infomax, the financial data firm of Yonhap News Agency.

KT said the on-year decline in net profit stems from an overall increase in operating costs, including personnel costs and other one-off factors. The costs rose 3.2 percent to 6.02 trillion won.

The company, which is seeking to transform into a digital platform company from a telecommunications service firm, reported sales growth across its various business units, led by its 5G mobile and business-to-business operations.

Sales of its business-to-customer wireless business edged up 0.6 percent on-year to 2.36 trillion won, with the number of 5G subscribers reaching 7.95 million, which accounted for 57 percent of all of KT’s mobile users.

Its content business sales also soared 24.7 percent thanks to growth of its content subsidiaries, such as KT Studio Genie, producer of the hit TV series “Extraordinary Attorney Woo Young-woo.”