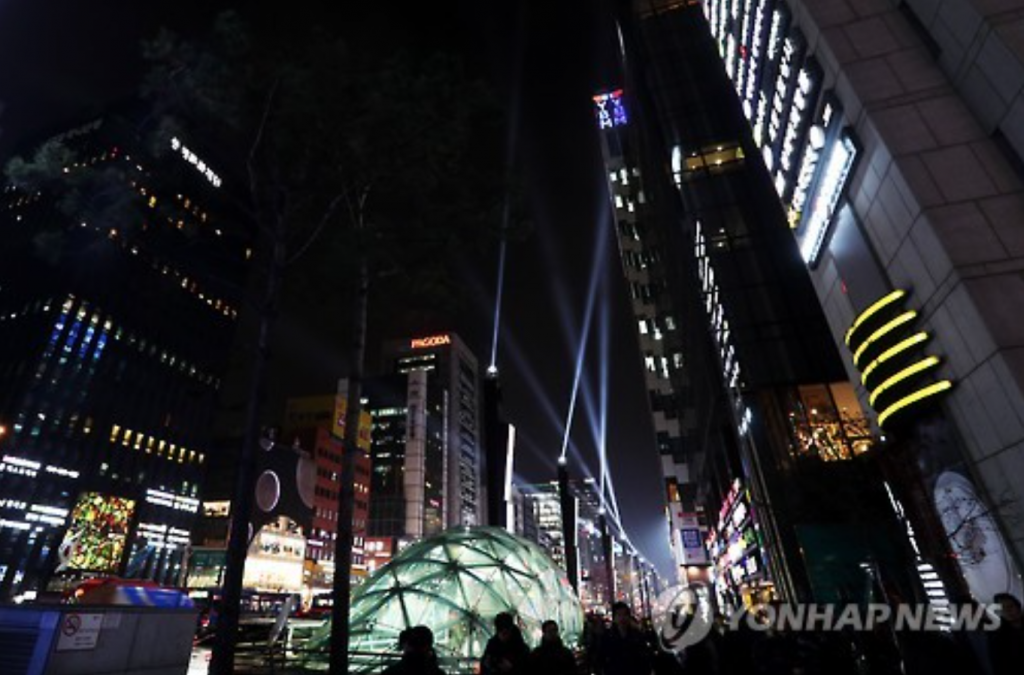 Starting Monday, the 570-meter street (from Gangnam Station to Sinnonhyeon Station) was highlighted by colorful laser beams darting out from the top of the newly-renovated poles, every day, on the hour for ten minutes, from 7 p.m. to 11 p.m.

The laser show is accompanied by media arts and music, providing an eye-and-ear-catching experience for pedestrians and tourists. The new poles will also serve as a broadcast platform, displaying government emergency alerts in the case of a natural disaster.

District officials expect the new venture to become a key landmark for Gangnam, alongside the country’s first “free outdoor billboard display zone” – a Korean version of Times Square that will be established in the nearby COEX region in coming years. 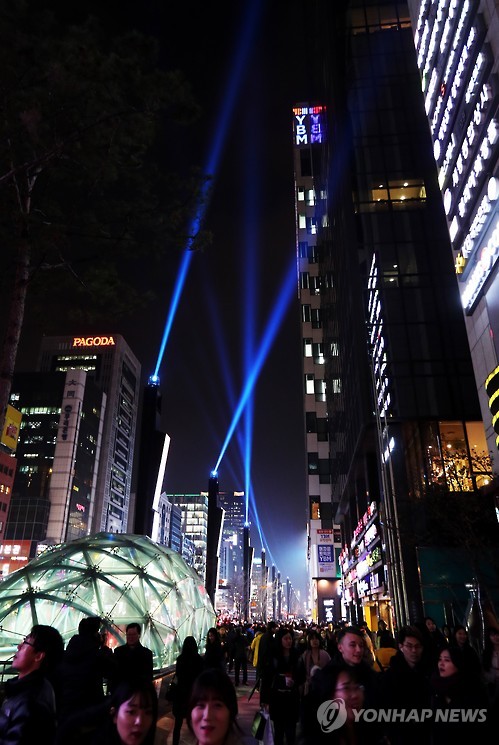 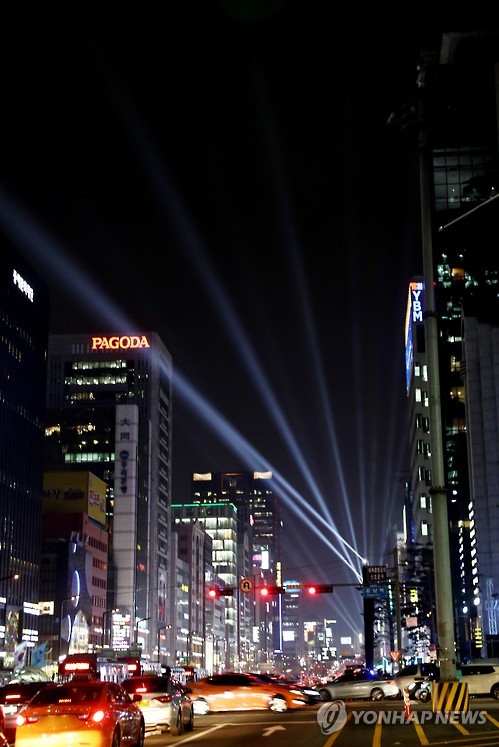