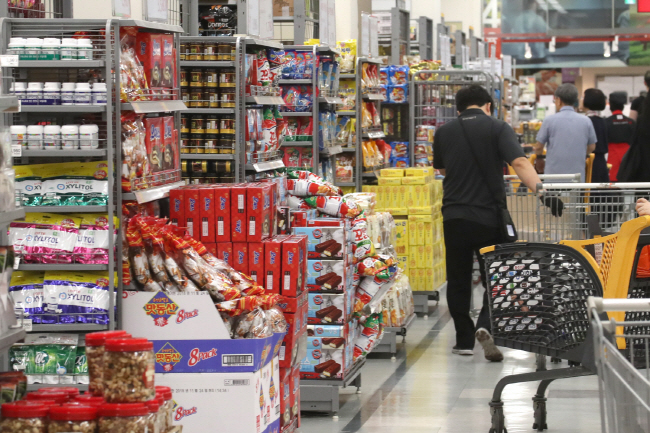 SEOUL, Nov. 19 (Korea Bizwire) — With a historically low birth rate and rapidly aging society, a surge in single-person households has meant that household grocery expenditures have been slashed almost by half in South Korea.

According to a recent report from the Hana Institute of Finance affiliated with KEB Hana Bank that analyzed public data, the change in population structure has significantly reduced spending on groceries, including non-mainstream beverages.

In particular, households with members in their 20s and 30s saw a significant decrease in food spending from 27.3 percent to 10.5 percent, the largest decline.

There has also been a change in education spending. In line with the growing trend of private education, the portion of education expenses for households peaked at 13.8 percent in 2009 from 8.2 percent in 1990.

Education spending fell to 7.2 percent of total household expenses last year due to a steady decline in the birth rate and the decreasing average number of household members.

On top of that, the aging population has increased the burden of medical expenses and reduced clothing consumption.

The institute forecasted that the proportion of medical and health-related spending among overall consumption spending will increase steadily as the share of people in their 60s and 70s increases.

Meanwhile, transportation costs, including car purchases and fuel costs, accounted for 7.9 percent of all consumer spending in 1990, but rose to 13.3 percent last year.