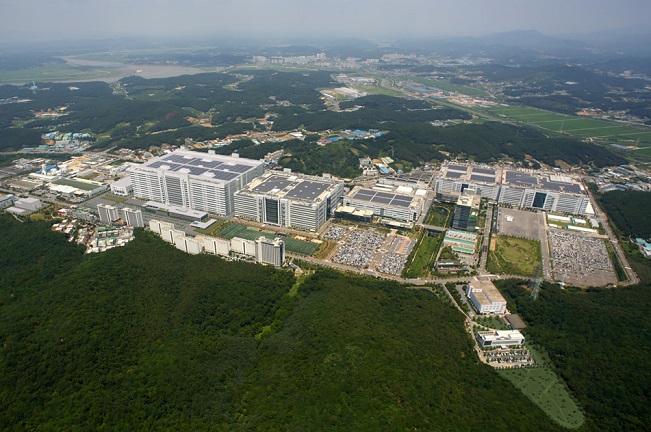 This photo provided by LG Display Co. shows the company’s plant in Paju, north of Seoul.

Operating income jumped 221.8 percent to 528.9 billion won in the three months ending in September, 17.3 percent lower than previously expected. It was down 25 percent from the second quarter due to a “drop in LCD panel prices, and a rise in material costs and increased costs from new facility operations,” the company said in a statement.

“As LCD panel prices keep going down, the company is expected to speed up its portfolio restructuring efforts to put more focus on high-margin products,” he said in his latest report, adding that OLED products will help boost the company’s performance going forward.

LG Display has said it will strengthen its OLED and POLED businesses to offset declines in LCD revenue and further boost profit. 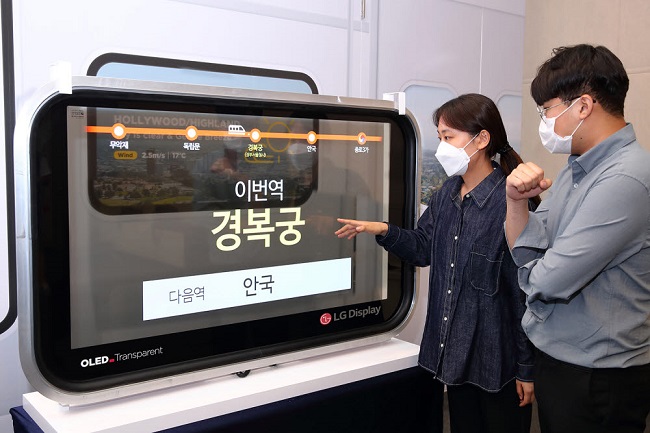 This file photo provided by LG Display Co. on June 16, 2021, shows the company’s transparent OLED display at an exhibition in Busan.

The display maker projected OLED TV sales to reach 8 million units this year, and said it will pump up production, with its plant in Guangzhou, China, expanding capacity.

LG Display is the world’s sole supplier of large-size OLED panels for TVs, but it showed relatively weak competitiveness in the medium-and-small sized OLED sector.

In August, the company said it will invest 3.3 trillion won in the sector to boost its production capacity.

“Although volatility in the LCD market keeps growing, the company has continued to make preemptive preparations and strengthen stability by focusing on competitiveness through LCD business innovation,” Chief Financial Officer Suh Dong-hee said during the earnings call.

He expected shipments of large OLED panels in the fourth quarter to increase by mid-10 percent compared with the third quarter thanks to the company’s “stronger positioning in the high-end TV market.”

“The mainstream market is contracting in the second half, but the high-end keeps growing, creating a wider gap in the market. This is due to the consumers’ willingness to pay more for higher specifications,” he said, adding TV will become “a multi-use device with more time spent and higher quality content.”