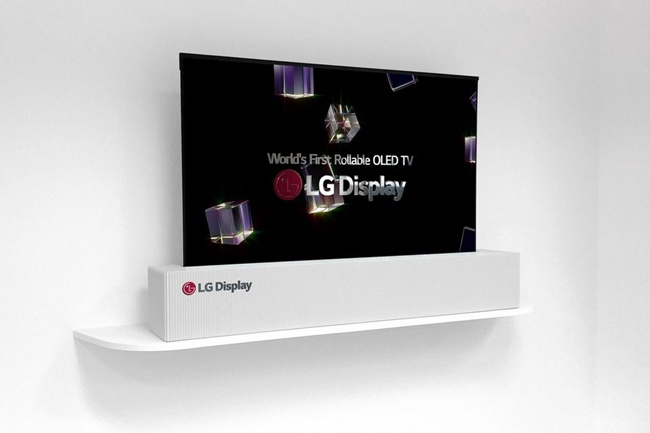 The OLED display “can be rolled up and hidden when not in use, and the small size of the rolled-up screen means that it can be more easily moved and stored, allowing for better space utilization, something existing displays can’t deliver on at present,” LG Display said.

LG Display showcased its technological prowess at a convention center in Las Vegas on Monday, a day ahead of the opening of the Consumer Electronics Show (CES).

LG Display said it plans to expand production of OLED displays through its investment in China.

The Chinese plant is set to begin mass production in the second half of 2019 and has a monthly production capacity of 60,000 8.5th generation large-size OLED displays.