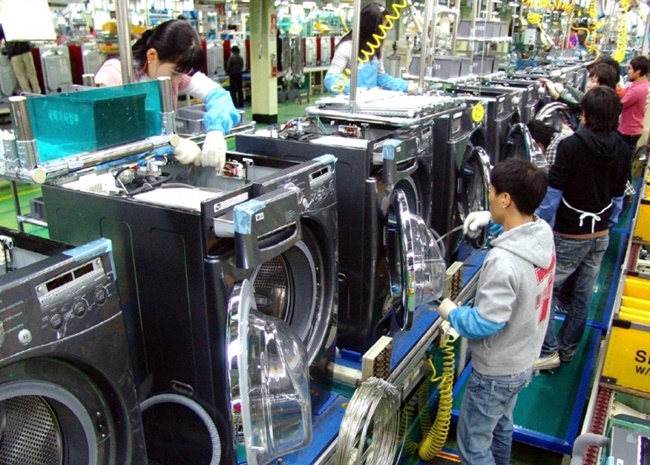 The commercialization of this technology has been virtually impossible in the country due to strict safety regulations.

The Ministry of Trade, Industry and Energy, however, allowed the trial operation of the carbon dioxide washing machine through the regulatory sandbox program on Thursday, paving the way for faster development of this technology.

The ‘waterless’ washing machine turns carbon dioxide from a gas state to a liquid state by refrigerating and compressing it and then using it instead of water.

After completing washing, the washing machine turns the liquefied carbon dioxide back to a gas and uses it for the next washing.

Without using water, detergent or oil, it can remove pollutants simply by using the viscosity and surface tension of carbon dioxide.

After developing the waterless washing machine, LG plans to install it at its research lab and operate it for two years on a trial basis.