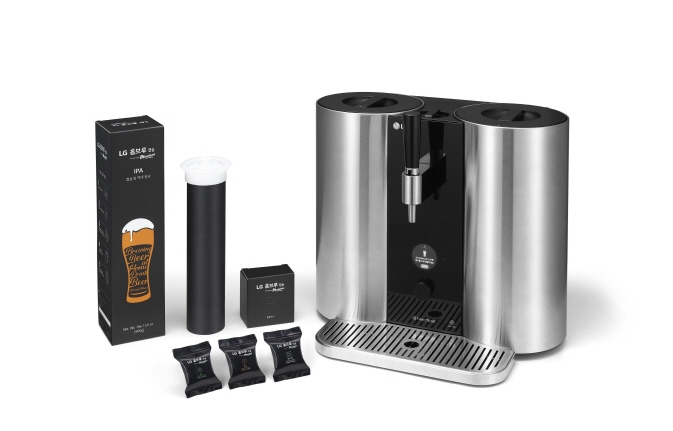 The company announced that it will unveil LG HomeBrew, a capsule beer brewing device, at the CES 2019 slated to kick off in Las Vegas in January.

LG said the new product is significant as users can easily brew beer at home by just pressing a button. The company said the appliance can help users avoid the hassle of having to manage the ideal temperature during fermentation.

It takes about two to three weeks to make 5 liters of beer using the machine, the company added.

LG said it joined forces with Britain-based Muntons, a global supplier of malts, to develop a set of four capsules that covers malt, yeast, hop, and flavor.

As the product connects to smartphones, users can track the process on a real-time basis and order capsules.

Citing an estimate by Grand View Research, LG said the global market for craft beer is anticipated to reach US$502.9 billion in 2025, rising sharply from $85 billion posted in 2015.