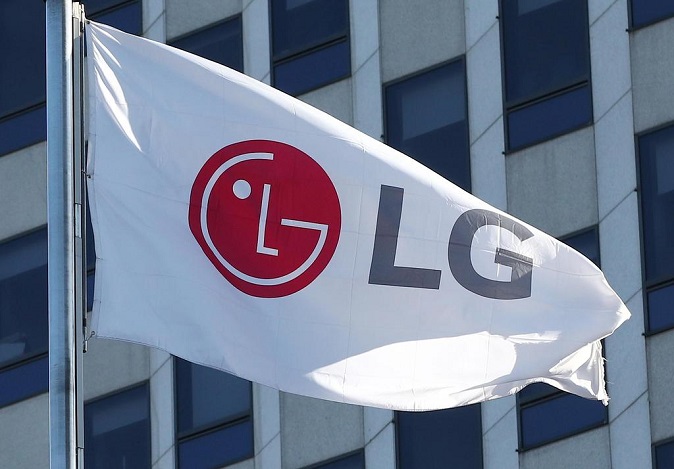 A flag with the logo of LG Electronics Inc. is shown in this undated file photo taken in Yeouido, Seoul. (Yonhap)

The tech company said its profit for the July-September period was predicted to come in at 746.6 billion won (US$529 million), up 25.1 percent from 540.7 billion won from the year-ago period.

But LG’s quarterly profit, in fact, declined on-year after taking into consideration a recall provision of 480 billion won for General Motors Co.’s Bolt electric vehicles during the year-ago quarter.

Sales are estimated to have increased 14 percent to hit a record high of 20.9 trillion won, surpassing the 20 trillion won mark for the first time in the company’s history, on the back of robust sales of high-end home appliances and electric vehicle (EV) components business.

The data for net income was not available.

Like many other electronics makers, continued macro economic woes paint a gloomy picture for LG’s bottom line for the remaining year and into the next year.

For the three months to end-June, LG’s home entertainment division logged an operating loss of 18.9 billion won, turning to losses for the first time in 28 quarters, as marketing costs rose and people spent less time at home. 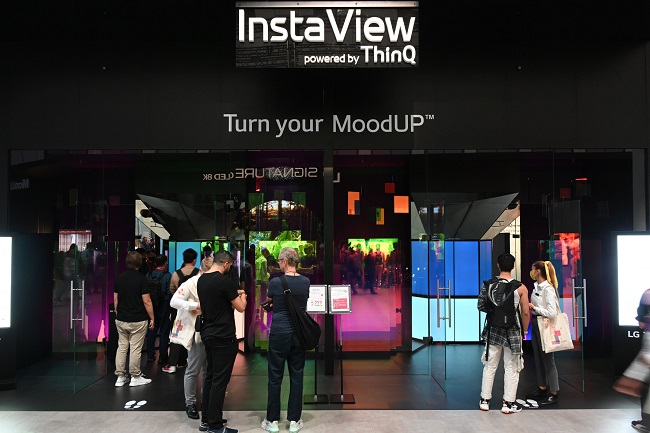 Visitors check out the MoodUp refrigerator at LG’s exhibition booth at IFA 2022 in Berlin, in this photo provided by the company on Sept. 4, 2022.

LG’s EV components business, however, is likely to turn to profit for the year for the first time since the company entered the market in 2013, on growing demand amid the gradual easing of the auto chip shortage and a subsequent rise in auto production.

The division logged 50 billion won in operating profit in the second quarter, turning a profit for the first time since 2013, except for the fourth quarter of 2015.

In the first half, LG secured 8 trillion won worth of new orders for EV parts and solutions, and the company expected its accumulated order backlog to top 65 trillion won by the end of the year, up 8 percent from a year ago.

Analyst Kim Dong-won from KB Securities said the EV division seemed to have made an average of more than 2.2 trillion won in sales for two quarters in a row thanks to “improved profitability and growing orders from global automakers.”

The company will announce its third-quarter earnings results at the end of this month.