“Automobiles are evolving in the display, communications, electronics and analog, and mechanical compressor sectors through intellectualization and convergence. We expect meaningful opportunities in the sector in the near future.”

“When it comes to convergence, we see much opportunity and growth potential. We expect that some products in the vehicle components sector can bring results. We are now concentrating on expanding the foundations for growth.” 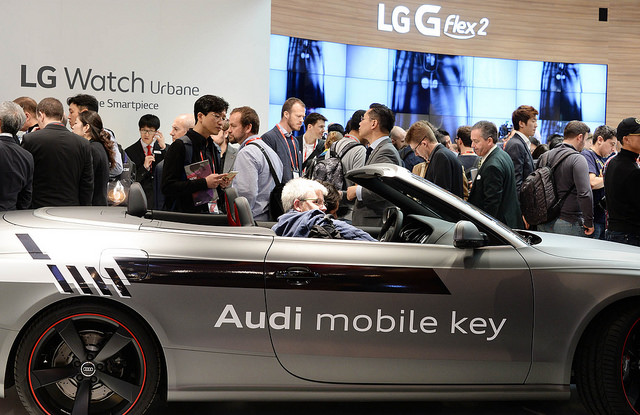 LG’s Vehicle Components Company, which is responsible for its auto-related business, recorded revenue of 450 billion won (US$410.94 million) in the second quarter, an 18 percent increase from the previous quarter. (image: LG Electronics)

SEOUL, July 30 (Korea Bizwire) – LG Electronics, which announced a modest net profit for the second quarter of 2015, revealed that it would find a growth engine in the vehicle components sector including auto or electronic vehicle parts.

LG’s Vehicle Components Company, which is responsible for its auto-related business, recorded revenue of 450 billion won (US$410.94 million) in the second quarter, an 18 percent increase from the previous quarter, mainly from its car infotainment and automotive component engineering businesses.

Despite a modest operating loss of 1.5 billion won (US$1.37 million), LG is accelerating its investment in R&D to further strengthen its position in new automotive technologies, as the market for electric cars and electronic components continues to grow.

Meanwhile, the second largest electronics maker in Korea announced on July 29 that it recorded a mere 226.4 billion won in operating profit during the period, a 60 percent drop from the same period of the previous year, and a 20 percent fall from the previous quarter, due to a challenging business environment punctuated by sluggish markets and negative currency effects.