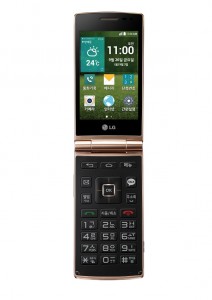 The new phone has a special button to directly connect to the KakaoTalk messaging application.(image: LG Electronics)

SEOUL, Sep. 24 (Korea Bizwire) — LG Electronics announced that it would launch the sixth edition of its Wine Smart, a flip-style smartphone for seniors, on September 26. The smartphone for the elderly who have difficulties in using other smartphones has been popular since its launch of the first edition in 2007, hitting the sales record of more than 5 million units.

The new phone has a special button to directly connect to the KakaoTalk messaging application as the Korean electronics company accepted demands of older people who want to use popular smartphone applications but are not used to using smartphone devices.

Other applications including text message, camera and address book can also be connected with the button. Aside from the button, users can touch the screen to run the applications.

The leading electronics manufacturer enlarges letters as well as arranges a total of nine applications on the screen for senior citizens. In addition, the new edition is equipped speakers with high-volume capacity and a widened receiver hole for their comfortable use.

The sixth edition is planned to provide phone users with an exceptional emergency call service. When the mobile device is not used for a long time or the user with the phone goes somewhere far away from their home without any prior notice, the high-tech apparatus will automatically alert their guardian.

“The Wine Smart has long been favored by many of the elderly,” said Park Jong-seok, chief of MC operation unit in LG Electronics. “We will continue to upgrade the product for their comfortable use in accordance with the development of other smartphones,” he added. 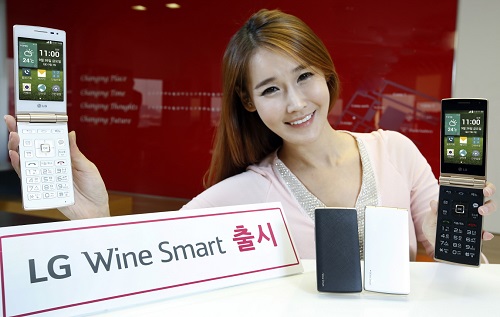