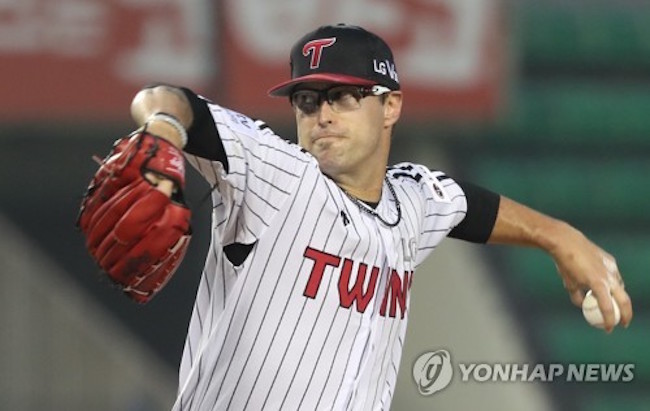 Huff has pitched for the Seoul-based Korea Baseball Organization (KBO) club for the past two seasons, but the Twins said the two sides couldn’t narrow their differences at the negotiating table. Huff made US$1 million in 2017.

The left-hander joined the club in July last year and went 7-2 with a 3.13 ERA in 13 appearances, leading the Twins to the postseason.

Huff had a strong finish to the season, with a 2-0 record over his final six starts with a sparkling 1.30 ERA in 41 2/3 innings. He struck out 35 and walked only five in that span.

KBO teams are each allowed a maximum two foreign pitchers. The Twins have been talking with both Huff and right-hander Henry Sosa from this past season, with a former staff ace Radhames Liz also in the mix.