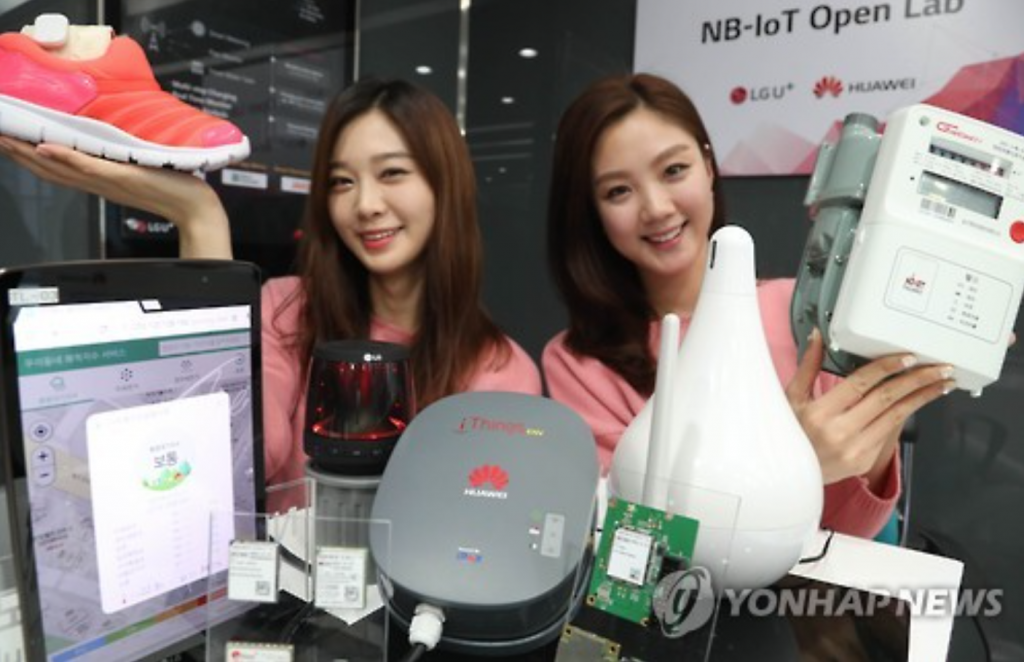 Models show off various trial products equipped with the Internet of Things technology at the headquarters of LG Uplus on Nov. 21, 2016. (image: Yonhap)

The move by LG Uplus came less than a month after it joined hands with bigger local rival KT Corp. to jointly launch a commercial IoT service early next year, while jointly building a nationwide infrastructure.

Lee Sang-min, executive vice president at LG Uplus, told reporters that LG Uplus and Huawei will work together in developing chipsets for a narrow-band IoT technology, one of several global standards for the new technology.

Huawei will set up a research lab in South Korea and the lab will provide as many as 100,000 free chipsets and modules using the narrow-band IoT technology to Korean developers and partners.

Zhu Cheng, president of Huawei’s cellular IoT product lineup, told reporters that the Chinese firm is making efforts to commercialize the IoT technology through various cooperation and an open ecosystem.