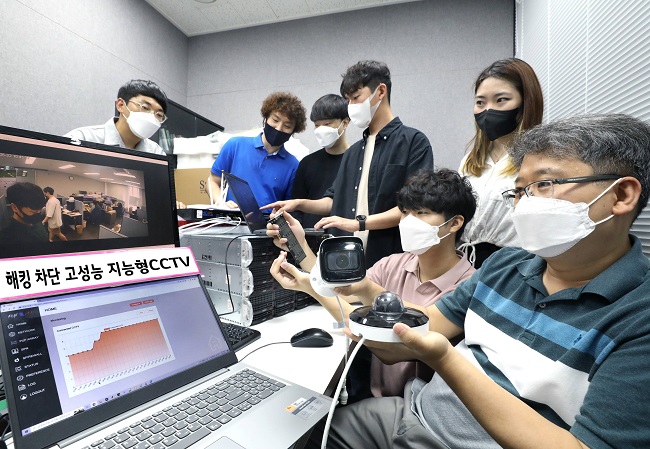 Intelligent CCTV refers to an artificial intelligence (AI) service that analyzes video images taken by high-resolution CCTV cameras to identify individuals by their faces, and to detect and issue a warning when there are emergency situations.

If intelligent CCTV systems are hacked, it can lead to the leakage of videos and images containing sensitive private information.

The mobile carrier plans to complete the demonstration of the technology by October of this year and commercialize it through the establishment of equipment infrastructure, including servers that can deal with 100,000 CCTV cameras, at its Internet Data Center in Seoul.